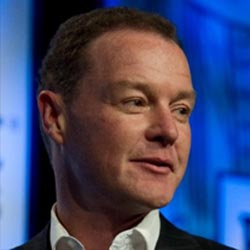 Michael J. Bush is chief executive officer (CEO) of Armenta, a luxury jewelry brand, where he previously served on the Board of Directors and recently led a financing for the company. He has served as CEO for a number of consumer related businesses where he has brought more than 25 years of successfully executing growth strategies and building sustainable shareholder value in a variety of different business situations. During 2013 Mr. Bush was an Advanced Leadership Fellow at Harvard University where he has worked on issues regarding caring for people with catastrophic injuries. Before Harvard he was CEO of NTN Buzztime, Inc. Prior to that Mr. Bush was president and CEO of 3 Day Blinds, Inc., where he was credited with leading the business through the housing crisis and stabilizing its finances leading to a successful outcome. Mr. Bush also served as president and CEO of Anchor Blue Retail Group. Mr. Bush has served on the Board of Directors of Ross Stores for more than a decade. He also serves on the Board of TechnoServe, a global nonprofit agency focused on economic development around the world. He is a graduate of Dartmouth College and the Stanford Graduate School of Business.