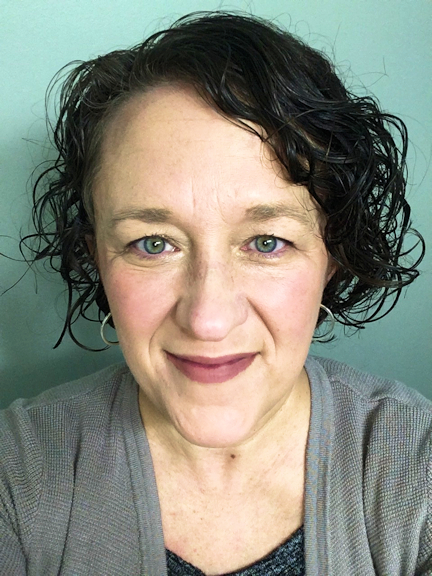 I know I was home with my children. I know I had been dealing with headaches for years prior to that day. However, I had 3 children, six years old and younger, so of course I had a headache. Who wouldn’t? I was tired, I was chasing kids, and doing what every mom of young children does, take it day by day and just get through. I did not have time to go to the doctor and tell him that I had a headache almost every day. A headache that was so bad that over-the-counter medication did not help much. A headache that was so bad, I would nap when my children napped just to get relief of it.  Hindsight is always 20/20 isn’t it?

In the weeks leading up to that day, I had been doing what I always did. Volunteering in my oldest daughter’s classroom. Fixing meals. Changing diapers. Potty training the 3-and-a-half-year-old. Life was just busy with everyday life. That evening I fixed a meal for the kids and I, as my husband was at work. It was his last night working nights, and I was looking forward to a more normal schedule.  If only I knew.

That night, from what my oldest tells me, I came down our stairs, fell, vomited, and laid crumpled up on the floor. I don’t remember the EMTs arriving or being loaded into the ambulance. I don’t remember arriving at the hospital, or any of the flurry around me.   My diagnosis was a Grade 5 aneurysm.  Which is as bad as it gets.  My chances for survival were slim to none.  My husband signed the papers for the surgery.

He was told I wouldn’t make it through the surgery, but I did. He was told I wouldn’t make it through the night, but I did. I would spend 15 days in the hospital. Annoyed sometimes, and exhausted others. Why in the world did the same doctor come ask me who the president was? He is a doctor for crying out loud, why is he asking me? Or what floor was I on? I don’t know! I didn’t understand why, on the day after my birthday in the hospital, everyone made such a big deal about me walking out of the SCU with the help of a physical therapist for a stroll past the waiting area. I do remember being frustrated that I could not see what others could see. An eye surgeon was called, and it was determined I would need surgery in both eyes. I would need speech therapy, occupational therapy, and physical therapy.

When it was time for discharge from the hospital, it was determined I could go home.  Minus a piece of my skull, which was removed for the initial surgery. Over the next three months I would have three surgeries and spend countless hours in therapy. Surgeries were scheduled to hopefully restore my vision, and to put my bone back in. Therapy was twice a week. I needed to regain my strength, relearn to do everyday tasks, and figure out this new me. Everything that was easy before suddenly required so much effort and focus. Folding laundry with the television on. Cooking a meal with distractions. Reading to the classroom of students that I had volunteered in.

With time, patience, and some gentle nudging, progress started to happen. With each accomplishment came a mix of emotions. Excitement because I had checked off another box of my recovery. Tears because the reality of where I had been was starting to sink in. The first time I was home alone with my children was peaceful and nerve-racking all at the same time. My first time driving again felt like freedom, and yet was scary. That first time back in the classroom reading to those students was overwhelming but encouraging. I think I cried more in that first year than I ever have in my life. Not from sadness, or anger, but a mix of emotions. More happy tears than sad tears, as I knew I could have missed all of this.

I have come to realize since then that survival and recovery from a brain injury is different for every person. There are still days 10+ years later that the brain fog creeps in, and my eyes can barely stay open. I have described it to others as needing to reboot my brain much like one would reboot their computer. Most days that is a twenty-minute nap. Other days it can be a two-hour nap. I have also learned to listen to what my body is trying to tell me. To speak up at a doctor’s appointment.

There are many times when I wish my injury wasn’t invisible so others could see the injury that I feel. On those days that turn to weeks when I’m requiring more sleep than before. Or that no matter how hard I try, multitasking is really difficult. I am reminded of it every day, and yet I’m thankful. I touch the two screws I can feel in the front of my head as a remembrance of what was. The one eye floater that occasionally goes by is a reminder that my vision was restored. The medication for the seizures that started after the initial injury is a sign that I keep moving forward every day.

There is no end date for recovery. Each day is a new step forward on that path. It is a journey that started on that ordinary day in March and it makes me that much more thankful for ordinary days.