BIAOH fondly remembers Paul Whitaker, a longtime member of our family of survivors. As a teenager, Paul found his calling as a volunteer firefighter. He later served in the US Air Force as a firefighter in Germany and Vietnam. He returned home in 1976 and began his career with the Dayton, OH Fire Department.

After sustaining a TBI, Paul followed path that many survivors do – being told that they would never walk, talk, care for themselves again – and proving all who didn’t believe in them wrong. With the faithful dedication of his mother, Paul walked, talked, fed himself and moved through the world with a fierce independence.

Paul and his buddies attended many BIAOH conferences. Some say they got together and terrorized people, but we know that Paul brought laughter and life to these events and that is how we will fondly remember him.

Thank you to Paul’s sister, Tina, for allowing BIAOH to share Paul’s memory. 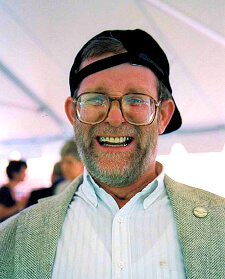