The individual who sustains a brain injury and his or her family are the most important members of the treatment team. Their choices, goals, and backgrounds must always be taken into consideration in treatment planning.

The diagram above depicts brain injury treatment in an orderly progression from trauma care to community integration. Individuals who sustain brain injuries may enter, exit, and re-enter treatment at any point along the continuum. Treatment may be needed continuously or on an intermittent basis throughout the individual's life.

About Brain Injury Next

Functions of the Brain Next

Understanding the Injury Next

After the Injury Next

Assessments in the Hospital Next

Assessments in Rehab Next

Assessments in Community-Based Care Next

Adults: What to Expect Next

Returning to Work Next

Impact on Health Next

Children: What to Expect Next

Return to Learn Next

Return to Play Next

Tell Your Story Next

Find an Attorney Next 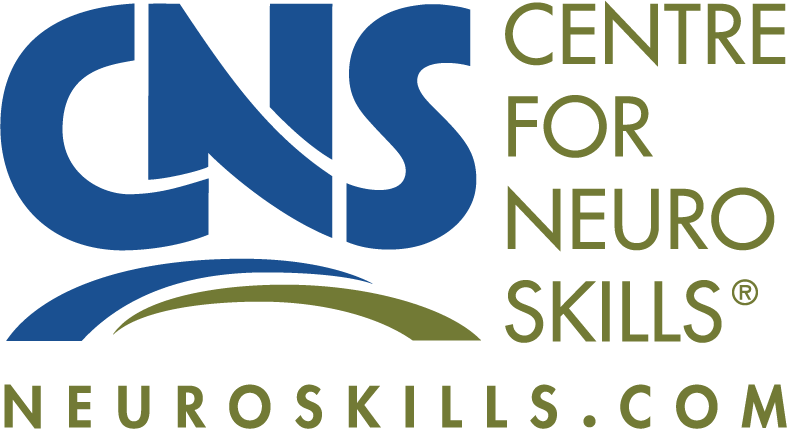 “No one should let an injury define them or rob them of their aspirations.”

“No one should let an injury define them or rob them of their aspirations.”

Ever since she sustained a severe concussion in her freshman year of high school, Brooke Mills has been on a mission to raise awareness of concussion throughout the nation. During her own recovery, Brooke felt isolated, discouraged, frustrated, and angry, largely due to other’s people’s attitudes and misconceptions about concussion.

Immediately after her injury, Brooke and her family were overwhelmed and did not know where to turn. The Brain Injury Association provided them with the resources, education, and the support they needed to navigate what to do and where to go for help. Brooke was inspired by the way the huge network of people across the country worked together to provide community education, raise funds, promote research, create legislation, and support those affected by brain injury.

“The chance to help others through the BIAA has helped me turn a negative situation in my life into a more positive one,” -Brooke Mills

Hoping to create a national conversation about concussion, Brooke started a volunteer program called Lessen the Impact in 2015. She partnered with the Brain Injury Association of America (BIAA) and subsequently launched National Concussion Awareness Day in 2016 to raise funds to support the brain injury community. In addition to increasing education and awareness, she uses this annual event to encourage others to donate to BIAA.

Giving a Voice to Clients with Brain Injury

"We thrive on giving a voice to those who struggle to find their own."

"We thrive on giving a voice to those who struggle to find their own."

Jason Stone began his journey with brain injury when he married his wife and joined her family. Her brother, Jeffrey, has special needs. Despite being extremely social, he has behavioral issues, significant anxiety, and other challenges that require him to live in a group home with constant supervision

Through spending time with Jeffrey Jason began to notice many of the behaviors in Jeffrey exhibited, although to a greater extent, were similar to clients of Jason found challenging to work with.

“It was easy for me and my team to dismiss clients as "difficult" until we saw that their difficulty remembering, tendency to perseverate, and susceptibility to emotional outbursts were a result of an undiagnosed brain injury.” -Jason Stone, Esquire

Upon speaking to client’s family members, Jason and his colleagues learned that those same mood changes were not present before injury. Jason Stone Injury Lawyers, P.C. (“JSIL”) is the only person injury law firm in Massachusetts to offer the Stone Cold Guarantee, a collection of promises made to every client. Jason and his team believe that brain injury victims need someone to advocate on their behalf, to put the pieces of the story together, and to convey how this accident has an impact on their lives.

Everyone Knows Someone with a Brain Injury

“Over the last 20 years, Gary has educated thousands of children throughout the Ohio Valley about the importance of keeping their brains safe."

“Over the last 20 years, Gary has educated thousands of children throughout the Ohio Valley about the importance of keeping their brains safe."

Gary first became aware of BIAA in 1995 after his wife, Lynn, was in a car accident while living overseas. She sustained a traumatic brain injury (TBI) and was in a coma for three weeks. After two months in intensive care, Lynn continued extensive physical therapy until she could be transported back to the United States. Lynn was unable to recover from her injuries and passed away in September 1996.

The following year, Gary created the Lynn Fund, in partnership with BIAA, to help people obtain essential information and resources after brain injury. His aim was “to assist BIAA in realizing a number of its strategic goals, specifically partnering with BIAA in efforts to educate and raise public awareness about brain injury and helping to strengthen BIAA’s capacity at the national and state levels.”

“Everyone knows someone who has sustained a TBI, from ‘minor’ concussions to major brain damage. Not only can we prevent many TBIs, we must advocate for those who have sustained them. The BIAA is the premier, nationally federated organization doing both.” -Gary Chiaverotti

As the fund grew and Gary became more involved in the community, he updated its goals. One day, Gary noticed that many of the children in his neighborhood did not wear bicycle helmets, so he and his second wife, Debbie, designed a helmet they thought kids would want to wear. From 2000 to 2018, the Lynn Fund distributed more 26,000 helmets at countless community events.

The Brain Injury Association of America (BIAA) is proud to highlight an advocate and pioneer in brain injury rehabilitation and research, John D. Corrigan, Ph.D., ABPP. Dr. Corrigan has been a BIAA champion for three decades and currently serves as a member of its board of directors and as the chairperson of its research committee.

A prolific author, Dr. Corrigan has served as a voice for medically underserved populations, especially those with TBI, for many years. He earned two prestigious awards from BIAA and the highest honors possible from the American Congress of Rehabilitation Medicine, National Association of State Head Injury Administrators, and the Moody Foundation.

Dr. Corrigan’s personal dedication and lifelong accomplishments in rehabilitation education, service, and research, particularly in the field of substance abuse, embody the spirit of a true advocate. His efforts have made significant contributions toward improving the quality of life for those with brain injury. BIAA President/CEO Susan H. Connors describes Dr. Corrigan as “[someone who] is known and liked by everyone in the brain injury community because he can be counted on to fulfill his promises and meet his obligations, all with good humor.”

I suffered from a brain injury in 2016, and I still have symptoms from it to this day. That's why it is so important to be an advocate.

I suffered from a brain injury in 2016, and I still have symptoms from it to this day. That's why it is so important to be an advocate.

My name is Ashten Vincent. I am an avid photographer and am currently attending school at Oklahoma City University where I am studying biology with the intention to become a neurologist. In 2016, I sustained a brain injury which still affects me today. Although I am lucky and pleased with my recovery, I understand the devastating effects of brain injury and realize how important it is to raise awareness as an advocate. I am proud to volunteer with the Brain Injury Association of America and hope to make a positive change for brain-injured patients in my home state of Oklahoma. There is a lot we can do to help brain injury patients have a successful recovery, and the way to begin helping is simply raising awareness and sharing a message.

Speak to a Brain Injury Expert

Caring professionals at the National Brain Injury Information Center (NBIIC) are ready to answer your questions.