Do you want to get more involved?

The Brain Injury Association of America relies on volunteers and advocates like you to support our mission.

Have you heard about the More Than My Brain Injury campaign?

Do you want to get more involved with the brain injury community? Connect with BIAA! The opportunities below will allow you to invest your time and talent in a way that is meaningful to you. Use your skills to make an impact and help people living with brain injury – what a win-win! Read on for ways you can help:

BIAA was founded more than forty years ago by a small group of volunteers who wanted to do more for the brain injury community. Volunteers are the lifeblood of BIAA today, both sustaining the organization and leading it into the future. Be a part of our community. Connect with BIAA!

Dylan Flynn, brain injury survivor and advocate, has always had a love of music. In fact, his two favorite things are music and his dog. When Dylan was a freshman in high school, he purchased his first bass guitar. Just as he was planning to start a band with his friends, he was in a terrible car accident and was in a coma for 12 days. Initially, doctors told his family he wouldn’t survive and that he would spend the rest of his life in a nursing home. Defying the odds, Dylan walked out of rehab 10 weeks later and was able to return to school for his sophomore year.

As a result of his brain injury, Dylan has epilepsy, memory difficulties, anxiety, and depression. Despite these symptoms, he eventually earned his GED and sought to do something meaningful with his time. At the recommendation of a friend, he started a campaign called “Pass the Bass” as a way to use his love of music to increase awareness of brain injury. Through Pass the Bass, Dylan attends music concerts and asks the performing band to play one song with his bass guitar. He is often invited on stage to tell his story.

While Dylan’s life may not have gone as planned, he enjoys being part of the music scene.

“I’d wanted to make a living as a musician. Although I am unfortunately not taking part in the actual music at these shows, music is still a very big part of my life thanks to this campaign. I love watching my bass be played and have had the honor of watching some of my favorite bassists [play] with mine.”

One of Dylan’s goals through his campaign was to fundraise for the Brain Injury Association of America (BIAA). He decided to design Pass the Bass t-shirts, which he sells at each concert he attends. The money he raises from t-shirt sales is donated to BIAA.

Although Dylan’s brain injury prevented him from doing exactly what he’d wanted to do with his life, he still found a way to merge his passion with his daily living and says that other survivors should try to do the same. To support Dylan in his efforts to raise awareness of brain injury and get your own Pass the Bass t-shirt, visit shop.biausa.org/passthebass. 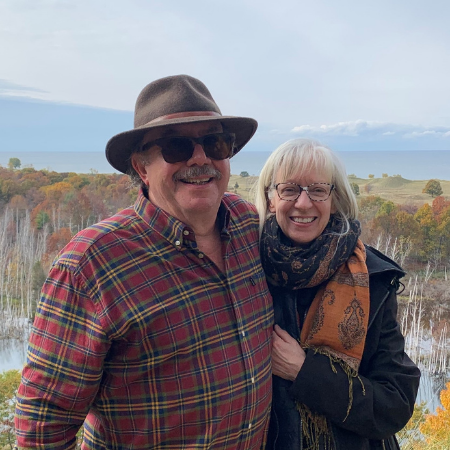 Lance and Laura Trexler have spent decades together serving the brain injury community.

Lance and Laura Trexler have spent decades together serving the brain injury community.

In celebration of their commitment to the brain injury community, they have made a major gift to the Brain Injury Research Fund through their support of a dissertation grant. The grant will be awarded annually, giving a young researcher a leg-up while advancing discovery. Their motivation is twofold: recognizing the need to sustain the field of brain injury and to advance it at the same time. “The future will be defined by our youth; attracting the brightest young professionals into brain injury is critical,” shares Laura.

Laura, an occupational therapist and Certified Brain Injury Specialist, helped design the current resource facilitation model used across the country. “We have a strong passion for what we do for a living, and our lives have been very much enriched by knowing individuals who show courage day in and day out through their recovery,” explains Laura. Lance is an award-winning neuropsychologist who received the Brain Injury Association of America (BIAA) Sheldon Berrol, M.D. Clinical Service Award in 2020 for his work to improve the quality of care, professional training, and education in the field of brain injury. He adds, “While we have seen a lot of positive changes in 40 years of service, we still have a long way to go in understanding brain injury.”

It was their shared commitment to the brain injury community and passion for bettering lives that brought Lance and Laura together in a clinical setting in the 1980s. Since then, both have logged countless volunteer hours, mentored many young professionals, and driven needed change. This includes recognizing brain injury as a chronic condition, challenging private and public health care systems to work together, and improving the ability of schools to recognize the impact of brain injury earlier. “You do not have to accept that the cognitive, physical, and behavior effects of brain injury are permanent and that nothing can be done about it,” Lance asserts. Laura agrees, noting, “We make a lot of negative assessments about people because of brain injury. I wish people took time to think before they made quick judgements and understood what got them there.” 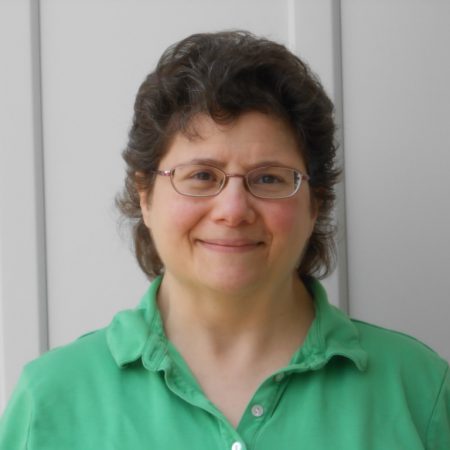 It’s Never too Late to Start From Where You Are

"BIAA helps us live with our injuries in the world, recover as best we can, and helps make the world a more accommodating place for people with brain injuries."

"BIAA helps us live with our injuries in the world, recover as best we can, and helps make the world a more accommodating place for people with brain injuries."

Twenty-two years ago, life handed Deborah Einhorn what she describes as an amazing opportunity, although she didn’t realize it right away. It was the opportunity to learn about herself “to use her inner strength, to discover how to be resilient, and to find alternate paths to accomplish new tasks.

In 1995, Deborah was in a car crash. She sustained a variety of critical injuries, including a broken arm, fractured rib and pelvis, spinal cord injury, traumatic brain injury, injuries to nerves controlling her vocal cord and eyes, and bruises to most of her major organs. She was paralyzed and could not move, speak, or see. She was on a ventilator to help her breathe, and was sedated for a week to allow the swelling in her brain to go down.

“People with brain injuries need organizations like BIAA to help them navigate a new world, to help them understand why the world around them (and sometimes their own selves) suddenly seems so unfamiliar. In addition, [BIAA] advocates for us with government and business and helps with medical research and assistive technology development.” -Deborah Einhorn

Deborah supports the Brain Injury Association of America (BIAA) because she believes that the information, community, and empathy we provide are incredibly important in helping people with brain injuries and their loved ones.

Ready to do more for brain injury?

Get started today! Check out sample text, social graphics, and other materials to help you meet your fundraising goals.

Speak to a member of BIAA's Development Staff

Do you have a question about a donation, tribute gift, or event idea for BIAA? Our fundraising professionals are ready to help!