Raise $1,000 in 10 Days
Narrow Your Search
Select Profile
I Want to Help
I Have a Brain Injury
I Am a Professional
I Am a Caregiver
I Want to Help Change

Ready to get started? We can help. To create a custom fundraising page or talk to us about other options, contact our development team at 703-761-0750 ext. 645 or via email at scohen@biausa.org. 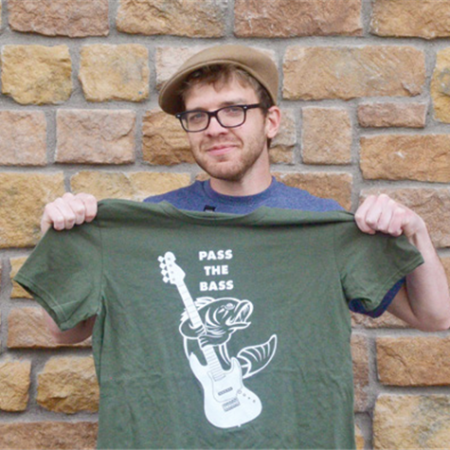 Dylan Flynn, brain injury survivor and advocate, has always had a love of music. In fact, his two favorite things are music and his dog. When Dylan was a freshman in high school, he purchased his first bass guitar. Just as he was planning to start a band with his friends, he was in a terrible car accident and was in a coma for 12 days. Initially, doctors told his family he wouldn’t survive and that he would spend the rest of his life in a nursing home. Defying the odds, Dylan walked out of rehab 10 weeks later and was able to return to school for his sophomore year.

As a result of his brain injury, Dylan has epilepsy, memory difficulties, anxiety, and depression. Despite these symptoms, he eventually earned his GED and sought to do something meaningful with his time. At the recommendation of a friend, he started a campaign called “Pass the Bass” as a way to use his love of music to increase awareness of brain injury. Through Pass the Bass, Dylan attends music concerts and asks the performing band to play one song with his bass guitar. He is often invited on stage to tell his story.

While Dylan’s life may not have gone as planned, he enjoys being part of the music scene.

“I’d wanted to make a living as a musician. Although I am unfortunately not taking part in the actual music at these shows, music is still a very big part of my life thanks to this campaign. I love watching my bass be played and have had the honor of watching some of my favorite bassists [play] with mine.”

One of Dylan’s goals through his campaign was to fundraise for the Brain Injury Association of America (BIAA). He decided to design Pass the Bass t-shirts, which he sells at each concert he attends. The money he raises from t-shirt sales is donated to BIAA.

Although Dylan’s brain injury prevented him from doing exactly what he’d wanted to do with his life, he still found a way to merge his passion with his daily living and says that other survivors should try to do the same. To support Dylan in his efforts to raise awareness of brain injury and get your own Pass the Bass t-shirt, visit shop.biausa.org/passthebass. 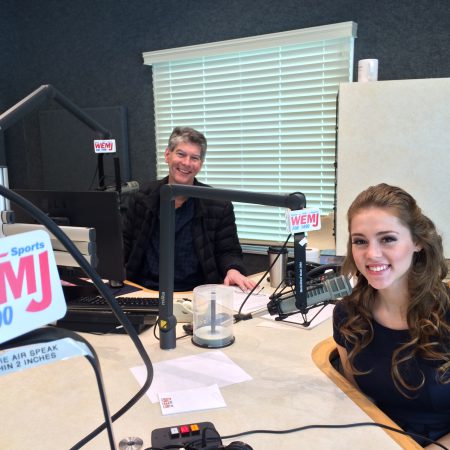 "No one should let an injury define them or rob them of their aspirations."

"No one should let an injury define them or rob them of their aspirations."

Ever since she sustained a severe concussion in her freshman year of high school, Brooke Mills has been on a mission to raise awareness of concussion throughout the nation. During her own recovery, Brooke felt isolated, discouraged, frustrated, and angry, largely due to other’s people’s attitudes and misconceptions about concussion.

Immediately after her injury, Brooke and her family were overwhelmed and did not know where to turn. The Brain Injury Association provided them with the resources, education, and the support they needed to navigate what to do and where to go for help. Brooke was inspired by the way the huge network of people across the country worked together to provide community education, raise funds, promote research, create legislation, and support those affected by brain injury.

“The chance to help others through the BIAA has helped me turn a negative situation in my life into a more positive one,” -Brooke Mills

Hoping to create a national conversation about concussion, Brooke started a volunteer program called Lessen the Impact in 2015. She partnered with the Brain Injury Association of America (BIAA) and subsequently launched National Concussion Awareness Day in 2016 to raise funds to support the brain injury community. In addition to increasing education and awareness, she uses this annual event to encourage others to donate to BIAA. 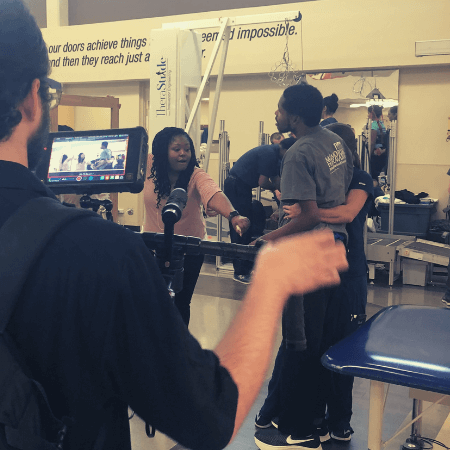 Nine Ways to Support BIAA from Your Home

Raising awareness about the impact of brain injury and ensuring that people have access to the resources they need is...

Speak to a member of BIAA's Development Staff

Do you have a question about a donation, tribute gift, or event idea for BIAA? Our fundraising professionals are ready to help!