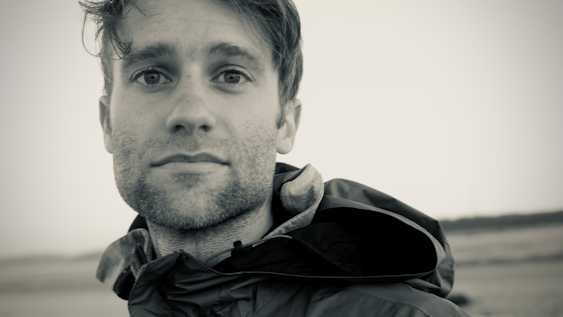 I was sent out to Boise, Idaho from Maine for a work trip in September of 2019. It was an intro training at my company for employees from all over the country. The other new kid in my office, Dan, was asked to go as well. I was planning to extend my trip through the weekend in order to take advantage of the great terrain that they have out there for mountain biking, so I asked him to join and he agreed. I found a cheap Airbnb where we could stay and looked up local dining spots to eat while we were out there.

That week was awesome. There were a ton of great presentations as well as company-wide dinners. I met some really nice people out there in the process. As planned, Friday Dan and I went biking. We started the day with breakfast at a café downtown and walked over to get our mountain bikes. That’s where my memory ends.

I woke up in a hospital room. I was confused. I couldn’t talk, and I couldn’t move the right side of my body. My wife told me that I was in a terrible mountain biking accident and that it had been two and a half weeks. She told me that I had suffered a severe traumatic brain injury. I couldn’t talk but I could cry. Or so I’m told. To be honest, that time is still a little foggy in my memory. I remember my therapists and nurses. I remember my occupational therapist would arrive every morning ready to help me out. I had a chat with one of the nurses about offroad biking even though I still couldn’t talk that well. I remember my mom and wife wheeling me to the outdoor patio. But all that I remember were kind of moments in a sea of fog. I was in Boise for another week and half until I was transferred to Spaulding Rehabilitation Hospital in Boston so that I was closer to home.

I couldn’t move my right arm, was whispering and was still in a wheelchair because my right leg couldn’t move. This wasn’t because I had injured the right side of my body in the crash, it was because I had injured the left side of my brain. The theory used to be that if you damaged a certain part of your brain, the functionality that that part of your brain provided was gone. Within the past 30 years, the idea of brain plasticity has taken hold. This concept provides that those functions performed by the damaged part of your brain might be lost, but you can rewire your brain to learn those functions over again in a different part. So, I had the mission of reteaching my brain how to talk, how to move the right side of my body, and how to walk again. When I arrived at Spaulding, I was assigned a physical therapist, occupational therapist and a speech therapist.

The physical therapist mostly worked on my right leg. She would have me try exercises to build on my strength and stability, which eventually meant I could walk short distances. As we kept working, I went from having to use a wheelchair to using a walker. I kept walking slightly longer distances than the day before until I could finally walk. There was still a limp in my walk, but if I continued my exercises eventually that would go away too. It felt amazing to not need the support of anything.

The occupational therapist worked mostly with my upper body which meant mostly my right arm. Because my right arm wasn’t really moving this took a lot of work and strength exercises. It was a slow process but I finally got my right arm to move, though still not in all orientations.

My speech therapist had the job of working with my speech as well as my cognitive abilities. I couldn’t really speak that well through the combination of damaging the area of the brain that controls the speech muscles and the fact I was on a ventilator even if only for a couple weeks. Cognitively, I was still finding problems with thinking of the right words to say. We worked on both of these issues through the use of me slowly pronouncing words as well as using word puzzles.

About a month and a half from my accident I regained my ability to walk, talk and move the right side of my body while at the rehabilitation center in Boston. It was not nearly as smooth as before, but as they say recovery from brain injury is a marathon not a sprint. There were also changes in my cognitive abilities as if a fog kept lifting. At this point I was a little more observant of my surroundings, and noticed that a lot of the other patients were worse off than I was. The floor that I was on was specifically for brain injury survivors. The 19-year-old girl next door to me was hit by a car and had been in the hospital for over 4 months. She was wearing a helmet and could only walk fully supported by the people around her with cases around her knees. My neuropsychologist said that “if you’ve seen one brain injury, then you’ve seen one brain injury”. That paints a picture of how different every brain injury is. To quote one of the most interesting books on brain injury, Head Cases, “The most spiritual question is about you. The question is: “Who am I, really?” Brain injury above all other anguishes known to man, perpetually invites us to embark on the search for ourselves. Who are we, other than our brains, really?”

I finally got to the point where they were ready to send me home. Being home felt good to have a familiar aspect of my life returned to me, but it was also hard realizing just how much the hospital had catered to my needs. The first week I was back home, I figured I could have Dan over to ask him how he found me. Now, I was ready for that. We had dinner at our house catching up on how each other was doing. I told him how my therapy was going well. Then I asked him how that day went.

He said I was ahead of him on the trail so he was riding through that section and he found me. He found me away from my bike lying still, face down on the ground. He said it looked like I had gone over the handlebars. He turned me over and noticed that my face was covered in blood and there was dirt and rocks in my mouth. He cleaned that out. Then he decided to call 911. He tried calling with his phone but had no service. He dug through my pocket, found my phone and called with that. It took 45 minutes for rescue to come. There were three ATVs. They picked me up and drove me down the trails to where their helicopter was and then flew to the hospital from there.

At the hospital they inserted tubes in my body to keep me breathing, to provide food, to clear out my lungs from filling with water and some other functions. Over time, my wife has also shared different things that happened when I was out. It was weird that I had no memory of any of this happening to me. It’s also strange to think of how it must have been for them not knowing what the future held. Whether I would come back without any memories or if I would even come back at all.

Now that I was finally out of the hospital, I had home therapy for a couple weeks until I was placed into an outpatient rehab facility where I would receive physical, occupational and speech therapy. I still couldn’t walk normal, nor did I have full movement or strength in my right arm. I would still jumble words or forget the right word to say. I just had to remember how much progress I had made, where I started, and that this was a long process. Maybe I couldn’t see progress on a week to week basis, but if I looked at the long term, my body and brain continued to see improvements and would continue to do so. The road to recovery was still not complete at this point but I had come so far.

It has made me think more that everyone I pass on the street is dealing with something under the surface because the symptoms of a TBI are so invisible.