The Solution to Opioids is Treatment

by Will Dane, Dianna Fahel, and Tiffany Epley, Brain Injury Association of America

Over the past several years, the misuse of opioids – ranging from prescription painkillers to black tar heroin – has reached epidemic proportions. In 2015, the Media Research Center reported that drug overdoses had surpassed motor vehicle accident fatalities nationwide for the first time. Since 1999, nearly 200,000 Americans have died from a prescription drug overdose. Heroin use increased in response to advocate and lawmaker efforts to restrict overprescribing, doctor shopping, and opioid sales via online pharmacies. As prescription drug overdoses fell from 2010 to 2015, the number of heroin overdoses tripled. 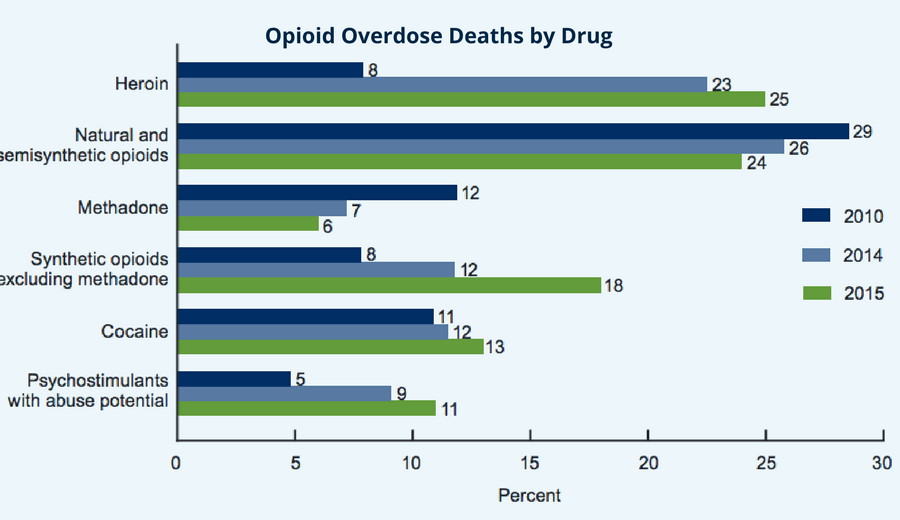 Opioids are synthetic or semi-synthetic substances originating from the poppy plant. Examples include heroin, Fentanyl, and prescription opioid painkillers, all of which operate in the same fashion, albeit with varying degrees of strength. Synthetic opioids are among the most dangerous and addictive. The synthetic opioid Fentanyl, for example, is 25 to 50 times more potent than heroin, which is a semi-synthetic substance.

The National Institute on Drug Abuse explains, “[Opioids] act by attaching to specific proteins called opioid receptors, which are found on nerve cells in the brain, spinal cord, gastrointestinal tract, and other organs in the body.” When substances attach to these receptors, they change how the brain perceives pain and instead produce feelings of euphoria. They also slow essential body functions, such as heart rate and breathing.

Opioids are depressants, or “downers,” meaning that they inhibit the central nervous system (CNS). During an overdose, the body experiences CNS depression, which can result in decreased rate of breathing, decreased heart rate, and loss of consciousness, possibly leading to coma or death. In other words, an overdose causes the body to forget to breathe on its own. As such, the most significant risk of an overdose is the lack of oxygen.

Toxic Brain Injury has multiple effects on the brain. Brain damage caused by use of drugs could include disruption of nutrients needed by brain tissue; direct damage, injury, and death of brain cells, including neurotransmitter receptors; alterations to brain chemical concentrations, including neurotransmitters and hormones; and deprivation of oxygen to brain tissue. The effects on the brain will differ depending on the type of substance, the amount used, and the duration of use.

Although there is evidence of reduced drug use within the first year post injury, those with a prior history of substance misuse before their brain injury are 10 times more likely to resume past behavior. Further, studies have indicated that between 10 and 20 percent of people with traumatic brain injury develop a substance misuse problem for the first time after their injury. This could be from stimulants and painkillers that are often prescribed to treat cognitive disruption and pain from their injury, which have their own potential for abuse. The cycle of risky behavior causing negative physical and mental outcomes will continue unless both conditions are treated concurrently.

The opioid epidemic is not slowing in the United States. Awareness and education may be useful in combating its growth, but the solution is treatment. No matter the state, city, county, village, or neighborhood, communities throughout the nation are suffering from a lack of available treatment options for substance misuse. For every fatal overdose, there may be five nonfatal overdoses, many of which go unreported. Increasing the number of facilities equipped to treat substance misuse disorders and brain injury – together – is essential. Physical and mental recovery from brain injury takes time, as does recovery from addiction. In situations where both are present, parallel treatment is the gold standard of care.

“Toxic Brain Injury may not strike someone you love, but will affect someone you know,” said Susan Connors, BIAA’s president and chief executive officer. Establishing long-term, multi-coordinated therapy, rehabilitation, and support is vital to the treatment and recovery process. The Brain Injury Association of America is dedicated to changing minds about brain injury and opioid abuse and will work diligently to seek new opportunities to bridge the treatment gap between these two deadly diseases.

The Brain Injury Guide and Resources. (2012) Substance Use/Abuse and TBI.

Public Policy of the Brain Injury Network. (2009, September 12). Advocacy by and for people with ABI.

This article originally appeared in Volume 12, Issue 1 of THE Challenge! published in 2018.