Award Winners Recognized for Contributions to Research and Clinical Care 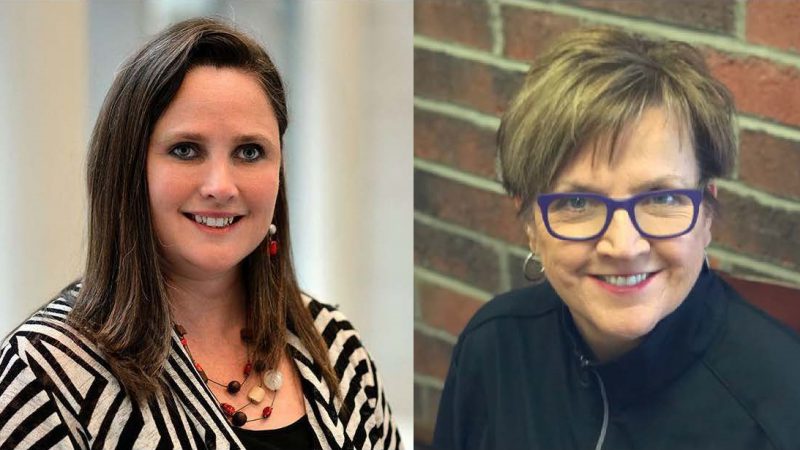 Vienna, Va. – The Brain Injury Association of America (BIAA) has announced that Angelle Sander, Ph.D., has been named as the recipient of the 2018 William Fields Caveness Award and Janet Williams, M.S.W., Ph.D., will receive the Sheldon Berrol M.D. Clinical Service Award.

Each year, BIAA presents the William Fields Caveness Award in recognition of an individual who, through research on both a national and international level, has made outstanding contributions to bettering the lives of persons with brain injury.

Dr. Sander said, “I am incredibly honored to be the recipient of the Brain Injury Association of America’s William Fields Caveness Award. Throughout my career, I have attempted to conduct research on topics that have practical importance to persons with brain injury and their caregivers. Being able to improve people’s lives, in even a small way, is the greatest fulfillment for me as a researcher and clinician. Receiving this award is an honor because it confirms that I am moving on the right path toward making a difference in the lives of the people that I serve.”

She has been PI or Co-Investigator on federally funded studies addressing prediction and treatment of cognitive, emotional, and psychosocial problems in persons with TBI, intimacy and sexuality after TBI, impact of TBI on caregivers, and cultural disparities in outcomes following TBI. She co-chairs the TBI Model System Special Interest Group on Caregivers and Families, as well as the Cultural Competency Special Interest Group. She has over 80 peer-reviewed publications, numerous book chapters and published abstracts, and multiple consumer-oriented dissemination products, including fact sheets, educational manuals, webcasts, and videos. Dr. Sander also serves as neuropsychologist for the inpatient rehabilitation units at Quentin Mease Community Hospital in Harris Health System and CHI Baylor St. Luke’s Medical Center.

The Sheldon Berrol M.D. Clinical Service Award is presented each year to an individual who, through a long service career, has made outstanding contributions to improving the quality of care, professional training, and/or education in the field of brain injury.

Janet M. Williams, Ph.D., has been the President and CEO of communityworks inc. and Minds Matter LLC since 1993. Dr. Williams is widely known as an expert in advocacy and independent living. She has designed a service delivery model that gives control back to the person with a brain injury, doing whatever it takes for someone to live in their own home. She has special interests in independent living, families and community-based rehabilitation.

Dr. Williams said, “I worked closely with Dr. Sheldon Berrol in the 1980s when I was the Director of Family and State Services at the National Head Injury Foundation (now the Brain Injury Association of America). His early work as a pioneer in recognizing the rehabilitation needs of people with brain injuries is widely known. He was also one of the first physicians to embrace the independent living movement, supporting the original Rehabilitation Act of 1974. Our early conversations about brain injury and the independent living philosophy has had a profound influence on my career. It is a true honor to receive this award in Dr. Berrol’s name.”

Dr. Williams is actively involved in local, regional, and national organizations and is devoted to collaborating with others to make sure people with brain injuries are involved in every conversation about their own lives. For more than 35 years, she has lectured extensively to broad audiences and written on a number of specific topics related inclusion for all people with disabilities and family systems.

The awards will be presented at the American Congress of Rehabilitative Medication (ACRM) annual conference, which is being held Sep. 30 to Oct. 3, 2018, in Dallas, Texas.

We need your help.