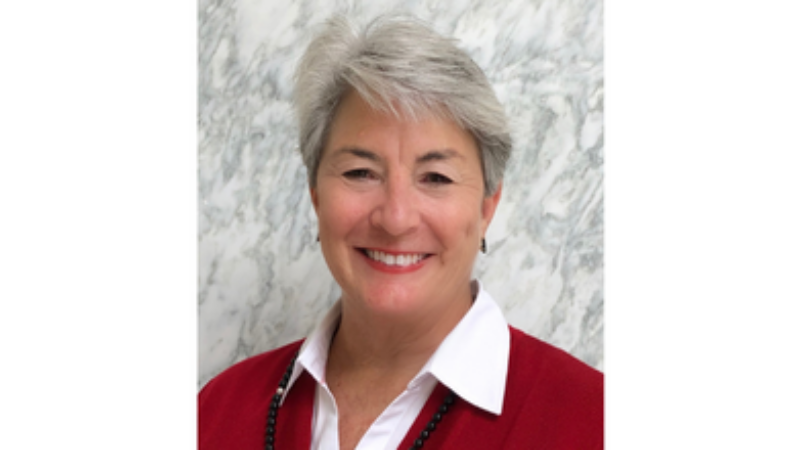 Fairfax, Va. – Today, the Board of Directors of the Brain Injury Association of America (BIAA) announced that Susan Connors, president and CEO, will retire on December 31, 2022. Connors has held the position since February 2005 and previously served as interim president from August to December 2004.

“Susan ably led the Association for more than 17 years, steering us through numerous challenges and opportunities. She has worked tirelessly to advance our mission and has served as an important consumer voice to scientific institutions and policy-making bodies. Our community is fortunate to have had such a devoted and effective advocate at the helm,” said BIAA Chairwoman Shana De Caro.

Connors brought extensive knowledge and experience to BIAA. She began her career in 1982 at a Washington, D.C.-based housing association before moving to a children’s health and safety foundation where she ascended to the position of executive director. She joined the staff of the National Head Injury Foundation (NHIF, now known as BIAA) in 1995 and served as national director of state affairs until 2000, when she was recruited as the first executive director of the National Association of State Head Injury Administrators. At the urging of Marilyn Spivack, BIAA’s founder, Connors accepted the CEO appointment in 2005.

“It has been my honor to serve the brain injury community for the last 27 years. I have met so many incredible individuals with brain injury, caregivers, advocates, professionals, volunteers, donors, and staff and am proud of what we have accomplished together,” said Connors. “As I look to the Association’s future, I see continued growth and change spurred by a steadfast belief in the dignity and worth of all people.”

Connors built on the work of her predecessors in establishing BIAA’s National Brain Injury Information Center and in growing the Association’s Academy of Certified Brain Injury Specialists. Generous grants, bequests, contributions, and sponsorships made it possible for BIAA to launch its Brain Injury Research Fund, build its award-winning website, and produce public awareness campaigns as diverse as: Not Alone, Change Your Mind, Someone You Love, More Than My Brain Injury, and A Concussion is a Brain Injury – Get the Facts.

During her tenure, Connors worked with dedicated professionals to publish “Cognitive Rehabilitation: The Evidence, Funding and Case for Advocacy,” which generated a series of front-page stories in The Wall Street Journal and “Conceptualizing Brain Injury as a Chronic Disease,” which reframed the public’s understanding of brain injury. She collaborated with Race Car Drivers Ernie Irvan and Parnelli Jones and with Journalists Bob and Lee Woodruff to incubate their charitable organizations. She lobbied for brain injury-specific funding in the Defense Authorization Act of 2008, inclusion of rehabilitation as an essential health benefit in the Affordable Care Act, and ongoing reauthorization and appropriations for the Traumatic Brain Injury Act of 1996.

De Caro noted, “BIAA has prospered and flourished under Susan’s leadership, and our next CEO will inherit a much stronger and more vibrant organization due to her service.” BIAA has engaged DRG to conduct a national executive search. DRG are talent consulting experts with deep experience helping purpose-driven organizations find the right leaders and build a talent infrastructure that allows them to have more impact in achieving their mission.

UPDATE: Information regarding the position has been posted on BIAA’s website at biausa.org/ceo as of July 16.