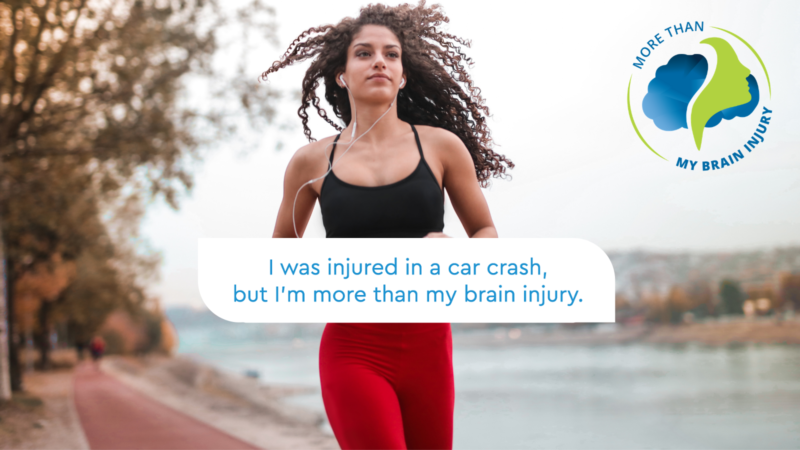 Fairfax, Va. – The Brain Injury Association of America (BIAA) revealed its new, survivor-focused awareness campaign for 2021 via special announcement on Instagram. The More Than My Brain Injury campaign aims to destigmatize the injury, highlight the diversity of the brain injury community, and empower those who have survived.

For more than three decades, BIAA has proudly led the nation in observing Brain Injury Awareness Month every March. The Association works to educate the public throughout the year and reduce the stigma for the 5.3 million Americans who live with brain injury-related disabilities. “Too often, people are defined by their disabilities,” offered Susan H. Connors, BIAA’s president and chief executive officer. “The More Than My Brain Injury campaign gives individuals a chance to overcome those definitions, allowing them to tell their own stories. It was inspired by all the amazing survivors we know – and their determination not to let brain injury define them.”

An acquired brain injury (ABI) is any injury to the brain that is not hereditary, congenital, degenerative, or induced by birth trauma. Brain injuries– from things like trauma, stroke, oxygen deprivation, and neurotoxic poisoning – are a serious public health issue in the United States, where more than 3.6 million children and adults sustain ABIs each year. This number is likely higher due to the amount of brain injuries that go undiagnosed, unreported, and untreated.

“The campaign was designed with help from support group leaders, advocates, and people living with brain injury,” explained Dianna Fahel, BIAA’s director of marketing and communications. “In creating the collateral, we wanted to draw attention to the various mechanisms of injury – like concussion, stroke, overdose, and abuse – as well as the incredible diversity and strength in our community. After all, brain injuries don’t discriminate; they can happen at any time and in a number of different ways.”

The More Than My Brain Injury campaign includes posters, public service announcements, and shareable graphics for social media. Information about the campaign, including ways to participate throughout Brain Injury Awareness Month this March, is available at biausa.org/morethanmybraininjury.

Individuals in need of resources and support after brain injury should contact BIAA’s National Brain Injury Information Center at 1-800-444-6443.

Help us do more for people like Cathy who rely on BIAA for resources and support.

Your gift could mean twice as much – our Board of Directors is matching gifts up to $25,000.