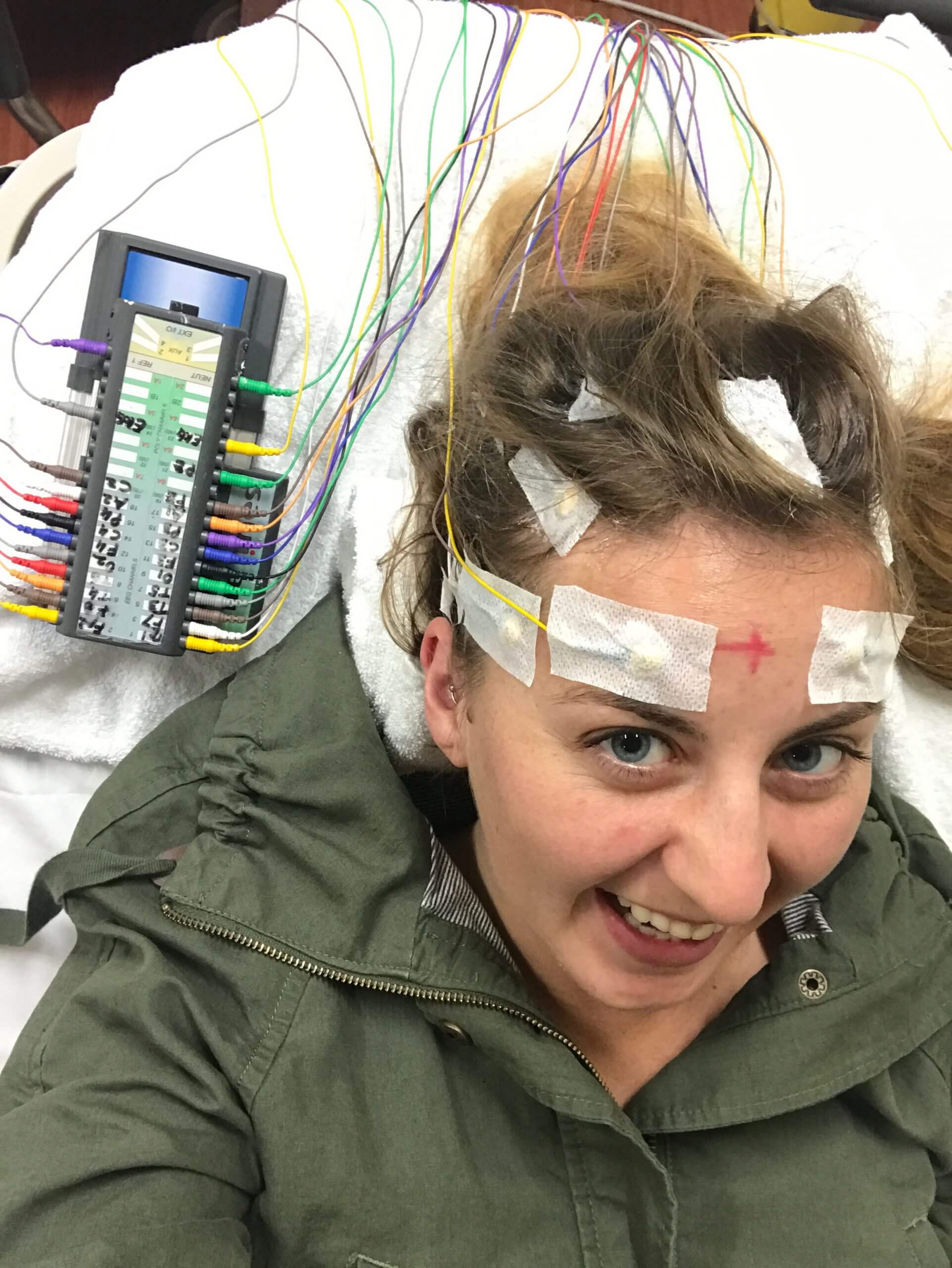 Throughout my life, multiple concussions etched their marks on my skull. My ignorance of the severity of multiple concussions allowed me to ignore these injuries as they seemingly healed rapidly. However, the fifth major concussion stood as the straw that broke the camel’s brain. This fall plunged me into the painful world of brain injury. Advised by doctors with outdated protocol, I remained cocooned in a silent, dark room for months. The crippling fatigue forced me into sleeping over twenty hours a day, and spending the waking hours in excruciating pain. Again backed by improper science, doctors explained that as I had made such minimal improvements in the first year, I would suffer for the rest of my life. A chief neurologist told me the chances that I would ever return to college would be “laughable.” However, I refused to continue to live in that pain. This desolate future of non-recovery stood unacceptable. I vowed to fight for myself. And as I continued, I realized that I was not alone. So I vowed to fight for everyone else, as well. In the US alone, 1.7 million people sustain TBI’s every year. That’s a TBI every 9 seconds! Veterans, domestic abuse victims, athletes, and those injured from everyday accidents and falls suffer from this epidemic. And if they do not heal on their own, they are left suffering and hopeless. Standard doctors frequently fail to research the latest treatments, so these treatments must be found by the patients. With the traditional model, if rest and, occasionally, medication do not heal the patient, then he is simply out of luck. Neurogenesis is the idea that our brains can develop new skills at any point in our lives; the idea of deadlines on brain injury recovery remains a thing of the past. Researchers develop new therapies every day, and whether a patient is three days or three decades out from her injury, she can recover. We hold the ability to heal our own brains. Take control of your recovery. Be your own expert.