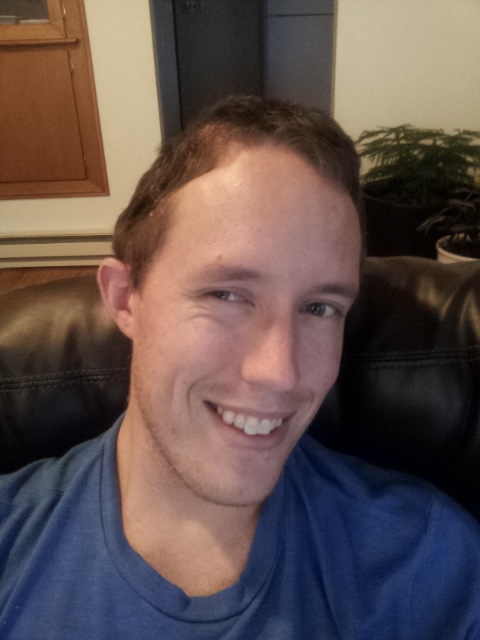 On June 23, 2012 I was playing in a rugby game in Grand Junction, CO and got tackled while kicking the ball. I suffered a subdural hematoma. I had a craniotomy that day at St. Mary’s Medical Center. Due to a lot of intracranial pressure, on June 26th I had another craniotomy to find the cause. During that surgery, it was decided to leave the bone flap removed for a longer period of time. On July 9th I was moved to the in-patient rehab floor at St. Mary’s Medical Center. I was discharged on August 15, 2012. I spent 53 days in the hospital and continued out-patient rehab until the end of January 2013. On October 4th, 2012, I had my final surgery to replace the bone flap.

I still have some long term side effects. I can’t remember approximately 18 months of time before the brain injury. My memory now isn’t as good as it was before the accident. I have double vision, I can’t move my left toes, and have very poor balance.

This injury was a lot to go through, in particular for my family, but it was one of the best things to ever happen to me. I have a profound gratitude for life and my many blessings. The medical staff at St. Mary’s Medical Center in Grand Junction was superb. I am most grateful to all doctors, nurses, and therapists who help people everyday.

Help us do more for people like Cathy who rely on BIAA for resources and support.

Your gift could mean twice as much – our Board of Directors is matching gifts up to $25,000.