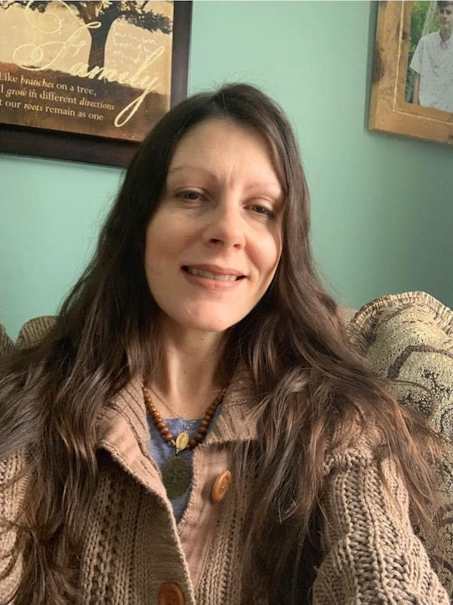 My story began with migraines when I was about 10 years old. My first diagnosis was from the pediatrician even though no CT scan or MRI were done.

My first event was in 1999 when I was pregnant with my second child and realized I couldn’t hear and I was losing my sight. I then passed out at Santa’s Village with my husband and then 3-year-old daughter. Upon awaking, a nurse had come to take a look at me and said a lot of people pass out when they are pregnant.

In 2003, I was on the phone with a friend and was not feeling well all of a sudden. I don’t remember it, but I guess I had slurred speech and was not making sense. My friend who lived about 10 minutes a way drove to find me laying down on my bed and she had to shake me to wake me up. I felt confused for about 24 hours and couldn’t remember some people’s names. I went to my primary care doctor and he said, “I think I know what happened and I don’t believe it is serious.” I wish I was more assertive then and asked for more explanation and testing.

In 2010, I was in my bedroom preparing to go to my daughter’s music concert and wasn’t feeling quite right, so I went upstairs to talk to my husband. He at first thought I was kidding until he saw my face and knew that my words were not coming out correctly. He wanted to bring me to the ER, but I said no and went to the concert. I did go to our doctor (a different one) the next day and was told I had “abnormal” migraines. I then asked if I should have a CT scan and she said no, that it was very expensive.

All of these things were warning signs that something bad, really bad, was going on inside my head. But because otherwise I felt healthy and led an extremely active lifestyle, I wasn’t that concerned.

On October 5, 2014, we were at a cross country race, and my son was running. I was having a fabulous day. We got into the car and were heading home when I suddenly had major pains in my head and I couldn’t tell my husband. He took one look at my face and immediately knew it was more than a headache.
In the ER at Eastern Maine Medical Center, I finally had a CT scan and MRI of my brain. I was born with a tangle of abnormal blood vessels in my brain and all that time, they weren’t carrying blood back and forth from my heart to my brain as they should, and they were ballooning under the pressure. The diagnosis was an Arteriovenous malformation or AVM — a rare condition that happens in less than one percent of the general population. An AVM can develop in blood vessels throughout the body, but is more apt to happen in the brain or spine.

An AVM may not cause any signs or symptoms, but if it does, they may include:

• Seizures
• Headache or pain in one area of the head.
• Muscle weakness or numbness in one part of the body
• Severe headache
• Weakness, numbness or paralysis
• Vision loss
• Difficulty speaking
• Confusion or inability to understand others
• Severe unsteadiness

The biggest risk of having a brain AVM is that it will rupture and bleed into the brain, which is what happened to me along with a stroke.
I was transferred to Tufts Medical Center in Boston for brain surgery. Because the weather was bad, I couldn’t be airlifted. I was given morphine for the pain and at that point, my memory was nearly gone.

I was very close to death. At Tufts, they didn’t rush me into the operating room. Instead, they stabilized me with medication for nearly two weeks. In the meantime, I could walk and talk, although I didn’t always make sense. There were certain words I couldn’t say.
On October 16th, I had a procedure called an embolization to seal off the abnormal blood vessels and reduce the risk of more bleeding. The next day I underwent eight hours of brain surgery to completely remove the AVM.

I woke up with 44 staples in my skull.

My vision has been impaired right from the beginning. I have visual field loss. I still have memory problems, aphasia (a language disorder that affects a person’s ability to communicate) which causes me to struggle with word finding, both of which are significantly worse when under stress. The migraines are still a chronic part of my life. I have had conflict and struggles with relationships. I visit more doctors yearly than I would like: neurologists, pain management, CTs, MRIs, EEGs, ophthalmologist and optometrists.

I believe I have found a middle ground. I had to find it on my own and not get it from a doctor. My faith has been my one constant. Moving my body daily whether it be aerobic exercise, strength training, hiking or yoga, has been a great part of my recovery, both emotionally and physically. I have a tribe of friends who have been loyal and patient. On days that I know I just don’t feel great, I need to rest, which probably has been the hardest lesson I have learned.
At the end of the day, I wouldn’t change anything in my life. God gave me two healthy children and now two wonderful grandsons. My husband and I have adopted two rescue puppies who brings us joy every day. I now advocate and support other people who have suffered from a stroke, brain injury, neurological disorder, depression, anxiety, trauma and in recovery of any kind. I am a trauma-informed yoga instructor, a stroke and brain injury fitness instructor and coach through WellPeer, which offers classes for brain injury survivors. I continue to recover, and I love helping others. It’s a lifelong process.