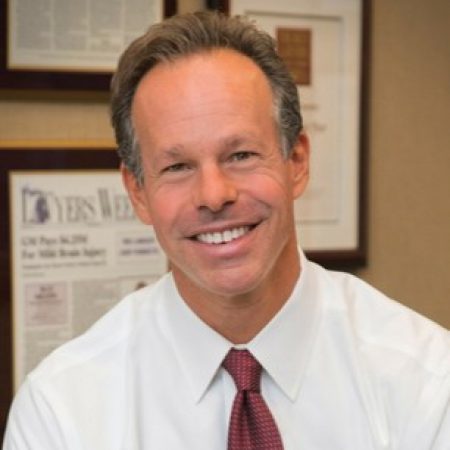 For more than 50 years, we have been Michigan’s largest auto accident law firm focusing exclusively on helping people who have suffered serious injuries in Michigan car, truck, and motorcycle accidents. Our lawyers pride themselves on treating every client with dignity, respect, and compassion.

The law firm has been selected by the Brain Injury Association of America as Preferred Attorneys for Michigan. Our team of 20 lawyers is dedicated to helping auto accident survivors who have suffered brain injuries receive the compensation they deserve. Visit our TBI After Car Accident page to learn more about brain injury from auto accidents and why its important to find a lawyer who specializes in brain injury litigation.

Brain Injury Lawyer Steve Gursten is the immediate past-chair of the Traumatic Brain Injury Litigation Group of the American Association for Justice. He is also the Past-President of both the Motor Vehicle Trial Lawyers Association and the AAJ Trucking Litigation Group. He is a frequent speaker at national conferences on a variety of traumatic brain injury topics including identifying and proving TBI, winning TBI cases and mastering the fundamentals of a TBI lawsuit.

Our winning record of brain injury settlements and verdicts speaks for the fact that our attorneys fight hard and successfully for our clients – consistently breaking records and setting higher standards for auto accident litigation. Some of these top reported cases include:

This was the largest-reported truck accident settlement in the nation for 2014. According to VerdictSearch, this is also the largest truck settlement ever by a Michigan attorney.

A jury awarded damages to a man who was driven over, suffering a Traumatic Brain Injury, broken jaw and separated shoulder, which prevented him from returning to work. The maximum settlement offer by the at-fault driver was $600,000. This was the largest reported car accident verdict in Michigan for the year.

Improperly stacked merchandise in a retail pharmacy fell and struck a shopper, causing her to suffer a traumatic brain injury, cognitive limitations and debilitating headaches. This was the top reported brain injury verdict in Michigan for that year.

After the defense offered only $100,000 to settle, a jury returned a verdict in favor of a car accident victim who suffered a traumatic brain injury and depression in a head-on crash when a driver lost control and crossed the centerline.

A jury ruled in favor of a truck accident victim who suffered a traumatic brain injury, depression and two fractured thoracic vertebrae. This was the top reported truck accident verdict in Michigan that year. The highest offer from Zurich to settle the case was $1 Million.

A tire that separated from a truck on the highway hit the victim who was riding in a passing vehicle, causing the victim to suffer a traumatic brain injury with cognitive impairment and facial fractures. This was the top-reported personal injury settlement in a wheel separation auto accident crash in Michigan that year.

We are here to help so please call us for a free consultation at (844) 759-4987. Our TBI attorneys can answer all of your questions, and make sure you get the right medical treatment and compensation for your traumatic brain injury.

The following information will be shared with the BIAA and Michigan Auto Law. For more information regarding the BIAA's use of data, view our Legal Notice.