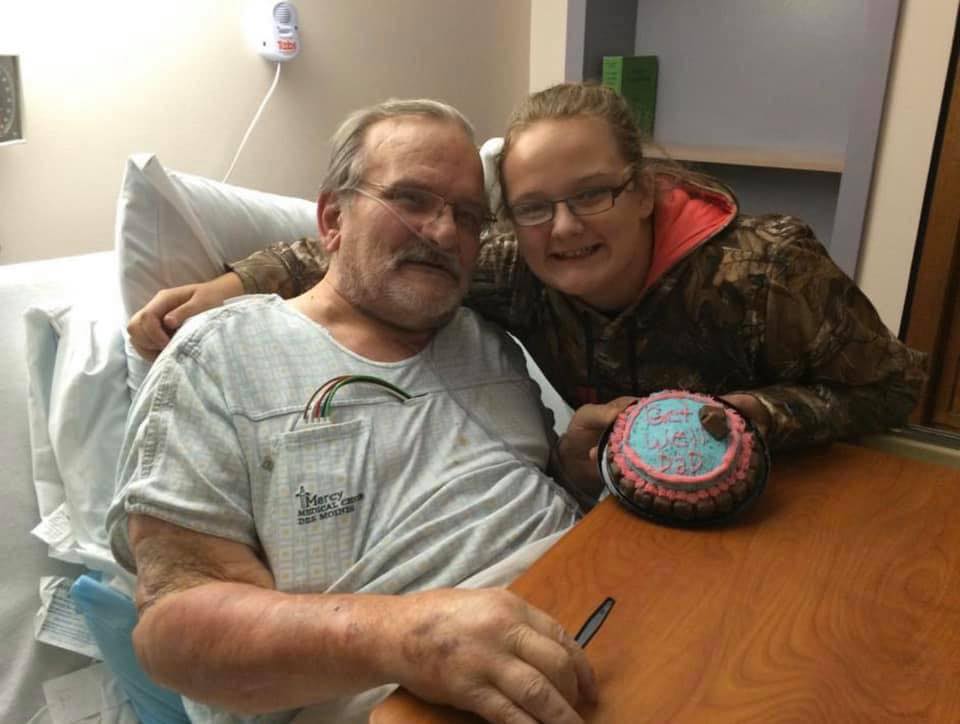 John Michael Olson was a very hard-working, family-oriented, one-of-a-kind man. He had 4 kids (3 boys and 1 girl). Some of his favorite hobbies included fishing, camping, shooting his guns, taking care/riding his beloved Harley Davidson motorcycle, and hanging out with his family when he could. He made sure that he was in every one of his kid’s worlds in any way that he could- for example, he always made an appearance at my band concerts. When I was 7 years old (2008), while riding home on his motorcycle, he hit his head on a road sign, fell off, tumbled a few feet until ultimately stopping and laying on the bridge. His motorcycle kept going about 40 ft or so until finally going into a ditch. He had to be flown to a hospital in Iowa City, Iowa. This is when they had found that they would have sustained a traumatic brain injury.

When he was able to come home, I was a little older and could understand more about what was happening. I did my research. I first looked up simple questions like “what is a brain injury?” and “are there different kinds of brain injuries?” then it moved to “how to help people with brain injuries?” and “What happens to the brain when someone sustains a brain injury?” While I was searching for more answers that a child could understand I came across the Brain Injury Association of America’s page and went into an all-night binge of reading and learning. The thing I loved most about the site is that anyone can understand it. You don’t have to have a degree in medicine to understand what the website is trying to say to you. Among other sites that you don’t understand.

People need to know one thing to start with, people that have had any kind of brain injury are trying their best and they are not to be treated like a child. For example, my dad was older when he had sustained his. But, I never once treated him like he was 10. It makes them feel inferior and like they aren’t their person. Now, that doesn’t mean that you need to let them fend for themselves completely. They will need some guidance. I suggest playing it by ear. My dad forgot all the time to take his medicine, keep his oxygen on, and take his breathing treatments. I took the route of saying something along the lines of “Hey dad, I know it’s frustrating to walk around the house with your oxygen tube dangling. But you need it.” and when it was time for him to take his meds and breathing treatments I would say ” hey dad, don’t forget to take your medicine! Gotta stay healthy so we can go fishing soon” and would give him a big bright smile. After a while, he would remember on his own and didn’t need me to remind him. This is a big part of helping them get back to somewhat how they were. But I also know that it won’t always be easy.

My dad passed away in 2016 and will forever be missed and be in our hearts!

BIAA is your voice – only you can keep it from being silenced. Make a gift today and it will be matched by our Board of Directors, doubling its impact.