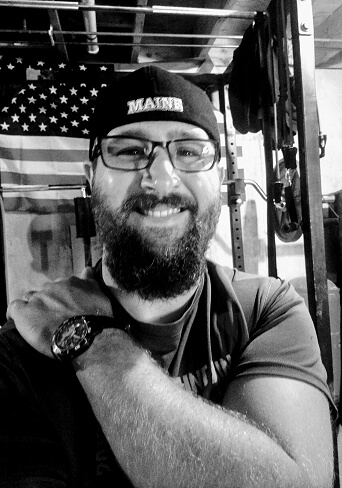 Last night my stepson informed me that when he and my wife had been shopping a couple days prior, he’d picked up some Italian ice cups and he’d made sure to get the flavors that I preferred. I immediately informed him that I’d never, in my life, had one of those so there was no way I even knew whether I liked them. I was in another room when the discussion occurred but upon re-entering the kitchen area, both he and my wife were still wearing looks of surprise that not only had I made the statement, but that I was so vehement in my belief of such. A brief discussion revealed that not only did I like them, but I’d consumed many immediately after my 2016 brain injury. It was another in what’s seemingly become an extending line of examples where my brain is not always functioning in the way it was meant to.

It takes over 1000 pounds to crack a forestry helmet. And while it would be easy to say that all the concussion issues I deal with on a consistent basis relate to the day I actually achieved cracking one, the reality is that the accident behind my house on July 22nd 2016 was more straw that broke the camel’s back, or brain as it might be, than sole contributor.

It’s hard to nail down exactly where and when my issues truly began. For a couple years leading up to my accident, I’d mentioned to my wife that some things felt off and that I was beginning to have some questions regarding my memory; that studying seemed more difficult; that there seemed to be increased anxiety from time to time and quality sleep was never guaranteed. However, with no way to truly test such, I put the concerns aside and continued pressing forward. But the questions would remain and with each new finding regarding concussions and their related issues, I began to wonder whether I was experiencing some of the side effects of treating my brain like just another muscle.

The first brain trauma I can remember was when I was very young. I attempted to do a flip off the sofa like the Ninja Turtles I admired at that time and landed head first on a heating grate. Coincidentally, it would also be my first experience getting stitches. Right on the top of my head. Trust me when I say I wasn’t happy. The second came from slipping in an old cast iron tub. If I’d stopped there, perhaps my 2016 accident wouldn’t have produced the results it has. But I didn’t. At 12, I began playing football. From pop-warner, through middle school, high school, and finally two years at a DIII college, each late summer and into the fall I’d don my gear and put my time in on the gridiron. I loved it. And because I was young and thus invincible, I gave no thought to future consequences.

Unfortunately or perhaps even fortunately depending on how one chooses to look at it, there were and are consequences for my past actions. From day to day symptoms can vary in severity and it’s not an overstatement to say that having TBI and post-concussion issues has and will continue to be, life altering. I struggle with many symptoms that others deal with from fatigue and anxiety, to memory lapses and concentration issues. I have prism glasses because of a vision shift, have worked with both physical and occupational therapy in an effort to help my brain work less on fixable issues so it can focus more on healing, and have come to realize that anything requiring full use of my brain must be done in the first four to six hours of my day because past that, in general (there are some exceptional days thankfully) I’m only good for accomplishing tasks that are more muscle memory than brain related. Obviously this plays hell when attempting to negotiate life but through knowledge and acceptance it’s become and continues to become, a little easier… Ok, not really, but I’m trying.

While acceptance may and probably is necessary, it hasn’t come without a battle. From day one I’ve fought back against everything this injury has attempted to force upon me. Unfortunately, once again, however, it continues to be victorious in its ability to wear me down until I give in to the realization that the brain is not just another muscle. And while it seems the jury is still out on the rest vs. activity levels post injury, it seems undeniable that the brain absolutely needs some healing time and that pushing it back into action is and probably was not the smartest move on my part. I did not want to believe nor give in to my injury following my 2016 accident. To an extent, I still don’t want to and actively push back against it on a consistent basis. But today I do so with the understanding that my approach is not the correct one and that I cannot continue this approach forever because eventually my brain will have enough and take matters into its own synapses.

I feel like a walking, talking brain injury. From childhood, through my teen years, and now into adulthood, there seems to be no extended period where my head has avoided significant contact for any length of time. I still bear the scars from childhood, have the picture of forehead bruising from my football days, and hang the helmet that likely saved my life. But while it would be easy to simply give in, I have an opportunity both here and in other avenues, to use my experiences to help others. To perhaps provide answers to questions, and to maybe, just maybe, present both my experience and information learned from other stories and sources to help others avoid the same fate.

I am an example of long-term trauma as well as proof that while you can work through many injuries, you cannot out tough a brain injury.