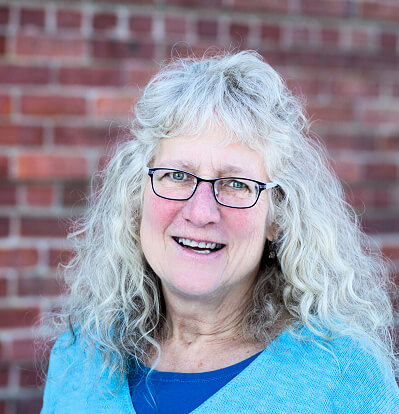 I am a State Representative serving my first term in the Maine State Legislature. One of the personal highlights of this past legislative session was the enactment and signing of a bill I sponsored, LD 297, “An Act To Strengthen Brain Injury Resources for Underserved Populations, Including Opioid Overdose Brain Injury Survivors.” It came to me by way of a constituent whose son had suffered a traumatic brain injury seven years ago.

This issue also hits a little close to home for me. My first husband died 22 years ago from blunt force trauma as a result of a workplace fall. Facing life without Bob was unimaginable. I was equally unaware and unprepared for what it takes to be the caregiver of a brain injury survivor. But on this I am clear: I would have needed every one of the supports that exist for survivors and their families.

I knew nothing about brain injury. I hadn’t really thought about the fact that anyone can suffer a brain injury. At any time. Like me, most individuals do not anticipate suffering from a brain injury, nor do they prepare to become a caregiver for someone with a brain injury. It’s nearly impossible to understand the wide array of health and rehabilitation services you may need, until you suddenly do. I’ve often wondered what my life would have been like. What would our lives have been like? We undoubtedly would have had to move because our house was nowhere near suitable. Would I have had to quit my job, or at least find something closer to home? The core fear was making decisions for both of us. How would I know how to make the right decisions for both of us? I wasn’t prepared for any of that.

As a result, when the opportunity to submit this bill developed last fall, it really opened my eyes to the services of the Maine Chapter of the Brain Injury Association of America. These are people on the front lines, not only pointing survivors to services, but also training family members, hospital staff, and educators. They are tireless advocates. I also met with survivors and their families.

This bill addresses a number of “underserved” populations, people whose acquired brain injuries are often less well known or treated. Due to the current opioid crisis and the widespread use of naloxone to revive those who overdose, opioid overdose survivors can suffer brain injury as a result of the time spent unconscious and without oxygen.

When I submitted this bill, I was still new to the legislative process, and it can be confusing for many. I found out firsthand the effectiveness of hands-on learning. Once a bill is submitted, it’s assigned a number, a committee, and given a public hearing date before the committee, in my case the Joint Standing Committee on Health and Human Services. At the hearing, committee members, all of whom are state representatives and senators, listen to those who testify in favor or in opposition to the bill, and also to those who neither favor nor oppose the bill. Committee members can also ask questions. During the public hearing, after I introduced the bill, we heard from those with acquired brain injuries, caregivers, educators, and family members. My colleague Rep. Reckitt also testified.

We were thrilled that the bill was voted out of committee with a unanimous “Ought to Pass,” which meant that the full Legislature did not have to vote on it. It then went to the Appropriations and Financial Affairs Committee, which makes decisions on funding. In this case, even though the Department of Health and Human Services had set already aside funds for this bill, it required positive action from the Committee. The Governor subsequently signed it into law on June 27, 2019.

This new law provides for an array of low-cost, high-impact family support services for Maine brain injury survivors and their families. These include brain injury resource facilitation, peer-to-peer support for families and individuals, information and resources referral, peer support groups, and a family caregiver training. All of these are of critical help when individuals leave the acute care system and return home after a brain injury. They build upon and strengthen the “natural supports” available in the community.

While my life has taken many unexpected turns since Bob’s death in 1997, I can more fully appreciate how life for both of us would have changed very dramatically had he survived his fall. I’m humbled and grateful every day to have the opportunity to witness what living with a brain injury involves and what it looks like for survivors and their loved ones. My hope is that this bill helps make the state system easier to navigate.

Rep. Allison Hepler, D-Woolwich, is serving her first term in the Maine House and represents Arrowsic, Dresden, Georgetown, Phippsburg, part of Richmond, and her own Town of Woolwich.