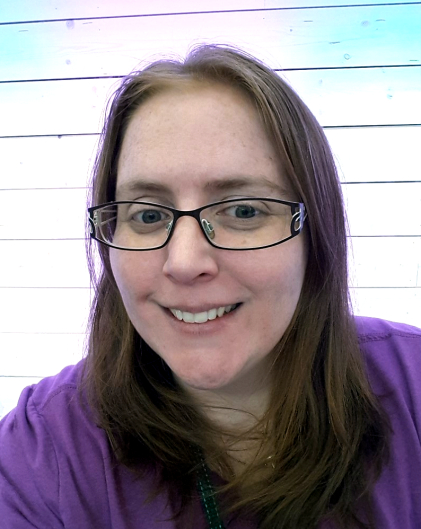 “If I die, this is how it started,” I said as I cracked a joke to my coworker (a joke I’ll probably never forget). My hand had fallen asleep while sitting at my desk at the busy insurance office. I kept shaking out my right hand, thinking it will wake up, that the tingling and pins and needles feeling would stop, but it didn’t. It was a little odd, but at 33 how concerning could it really be, right? That was a Monday in August. The next morning the tingling/pins-and-needles had spread from my right hand to my right foot and the right side of my face. Okay, well that’s too weird, so I called the Nurse Practitioner and was able to get in right away. Her initial assessment ranged anywhere from a pinched nerve (a theory I nixed) to a change in my type of migraines or a mineral deficiency. Bloodwork was ordered, specifically to check B12 and magnesium levels, and I was told to take my migraine medication and rest. Which by the way, rest is never something I’ve done well.

Friday came and I awoke to tingling in my right torso, and looking back, a little bit of fine motor control loss in my hand. Signing documents at work had become challenging, but I attributed that to not feeling the pen properly, shame on me. When I went for labs that day the magnesium test had not been ordered. I called the doctor’s office to let them know, and to say the symptoms had spread to my torso. By the time all the bloodwork was done the following week my hand had gotten worse but I was still functional. I was going to work, the gym, driving, etc., even though I was constantly stressed. What disease do I have? What if they never know what’s wrong with me? Is this permanent?

Thursday, 10 days after my first symptoms, was follow-up day! My husband went to work early, planning to meet me at the appointment, and I planned to go directly to work after. My stomach was sour that morning as I started my routine, but it wasn’t nerves, this was something else. Getting out of the shower made me lightheaded. Putting my hands up to do my hair made me dizzy, what craziness IS this, I thought. It was time to go, just a 15-minute drive to the doctor’s and I would have the dreaded “answers.” As I drove, the dizziness increased, and I thought maybe I shouldn’t be behind the wheel. My husband was standing waiting for me in the parking lot. I got out and grabbed the hood of the car, “I DON’T feel good!” He helped me walk into the office; at this point there was no tingling in my foot, just numbness. I was officially scared. The practitioner proceeded to explain her diagnosis of low B12, to which I asked “Could B12 do all this? I can’t feel my foot.” She conceded that no, it couldn’t, she would see what tests to order and they would call me to schedule. As we went to leave I lost my balance and fell into the wall, twice. Yes, twice. Feeling scared and discouraged I was sent home with no real plan.

To be safe, my husband had called his mother to come get my car. By the time we arrived back home my arm and leg had become dead weight, I could not move or lift them to get in to my own house. Being a long time believer that healthcare providers are the end all, be all, I was convinced that I just needed to do what I was told. Be a good patient and wait for the scheduler to call you. It took my mother-in-law yelling “THIS IS NOT OKAY!” before I went to the Emergency Room. 10 days. 10 days of symptoms, of not knowing, of progression, of believing someone else instead of my own body. 10 days from when I made that joke until I went to the hospital.

In the ER I kept sending brain signals to my foot to wiggle my toes, but nothing was happening. I tried to bend my knee but couldn’t. I was paralyzed from the hip down. The nurse seemed almost dismissive, her words hinted at discharge only a short time after I had arrived. I looked up at her, tears starting to run down my cheeks, and just begged “Please help me.” There were no fancy words, no commanding presence, only pleading for my life. A 33 year old with no clear speech issues is certainly not who anyone would expect to have a stroke. Not the Nurse Practitioner, not my mother, not the ER charge nurse, not my husband, not my coworkers, and most certainly not me. But that’s exactly what happened.

I was in the hospital for 3 days, which is so short compared to some warriors I have met along this journey. Family and friends chipped in after that to give me 24 hour care at home for 3 weeks until I was a little safer with my walker. When I met the neurologist in the hospital I looked at her and said “How long’s this going to take, like 3 months?” I was so naïve. Aren’t strokes for really old people? Strokes DO NOT discriminate! They do not care about your age, gender, race, socio-economic status, etc. This is not to scare you, it’s just reality. I tell you all of this because my journey and my symptoms were atypical. I don’t have A-fib, high blood pressure, or high cholesterol, and I don’t smoke. Doctors can only speculate that the cause was due to medication side effects. Even though I was going to the doctor, it still took 10 days before I went to the ER. I knew something was wrong, I should have pushed harder, and listened to my body more. YOU know your body better than anyone else. When it speaks, do you listen?

This recovery is lifelong (not 3 months), ever-changing, and different for every single warrior out there. I had to learn to walk and write again, and have complex neurological issues I’m still figuring out 4 years later. There’s a saying that Every Stroke is Different, which when you hear that right after your injury is the most annoying, frustrating, phrase in the world! However, as we learn about ourselves, the brain, and connect with other warriors, we learn it’s so true, and can actually be a benefit. My recovery is a journey that is just that: mine.