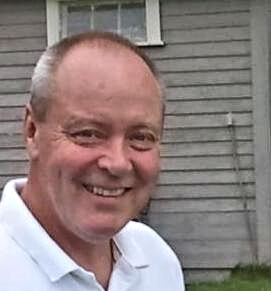 In the early morning hours of October 29, 2017, my life changed forever. It was going to be a busy Sunday. I had fresh antiques that had arrived at my shop that week and I was anxious to continue photographing and researching them. I bounced out of bed at 5:30 and headed for the bathroom to start my day. Deep inside my brain a blood vessel tore and began leaking blood into the brain tissue. As I turned on the bathroom light, I felt something was wrong. My hand did not respond as usual. The movement was slower, the touch of the switch felt muted. My hand felt a little numb. As I quickly took inventory, I realized that my arm and leg were numb, too. The blood in my brain was now spilling into the spaces in my cranium and mixing with the spinal fluid there. I quickly returned to the bedroom and asked my fiance, Secha, to drive me to the hospital. I told her, “I think I am having a stroke.” I returned to the bathroom to put clothes on but instead of dressing, I slumped to the floor.

The ambulance would take almost an hour to find our house. I don’t recall much of the time we spent waiting; I drifted in and out of consciousness with my head cradled in her lap. I remember her tears and I remember trying to encourage her by telling her “It won’t take me long to bounce back from this.” I laugh now to think how simplistically I viewed strokes and recovery. There are two broad categories of strokes, ischemic and hemorrhagic. I was getting some first hand experience with the hemorrhagic type. Inside my skull, the pressure was increasing. The comfort of unconsciousness was drawing me in, relaxing me. I don’t remember any pain or discomfort, and I am told I bantered with the EMTs as they extracted me from my home.

The journey went from a local hospital, on to an Intensive Care Center 90 minutes south, to a rehab hospital in Augusta, Maine. The hospitalization took a month’s time all told. I missed all of these stops along the way, returning to consciousness a week into rehabilitation. Despite my age, my body had spent those two weeks fighting for survival, and it pulled through. As strokes go, mine was only a moderate one. The bleeding vessel healed and stopped bleeding without surgical intervention, the pressure did not require relief by cutting a flap of skull, and I retained most of my cognitive ability. It did, however, leave me with plenty of deficits.

The entire right side of my body was left without feeling, like a line had been drawn down my center. While I had slight movement, I couldn’t control the movement and watched in horror as my body jerked and jumped in response to any command. I had lost the ability to walk, to talk, to feed myself, and to attend to all other basic needs. I was in a hospital bed, flat on my back. The blood that had leaked inside my head had deprived parts of my brain of oxygen and they had died. Now my brain had to heal and “rewire” itself to communicate with my muscles.

It has now been over one year since that morning, and my life is dramatically different. My farm is sold. I live with family. I drive. I have finally come out of the dark depression. I no longer want to end my life. I fill my time with projects and outreach, spreading the message of HOPE AFTER STROKE. My deficits are still prominent, but they don’t really mean much to me. I walk slowly, I talk like I am a little drunk, and I laugh a lot.

If I learned anything so far it is this: the hardest part of recovering from a stroke for me was my therapists and doctors. Don’t get me wrong, I received great care, but one thing disappointed me. In the hospital, after I established a relationship with my therapists and doctors, I would ask each one, “what can I expect for recovery and time-table?” Each one said the same thing, “Each stroke and recovery is different, there is no way to tell you.” Every single one gave the same response! When I was released to go home, I had home health care from three caring therapists. Again I posed the same question and again, the answer was the same, “Don’t know and can’t say.” When I moved to outpatient therapy at Redington-Fairview hospital, I met with my three-person team before beginning and I got right to the point by telling them this story and asking, “Can you tell me that I will recover?” And finally, one therapist stood up (all 5′ of her), and she said “You can recover, it will take a lot of work, hard work, no quitting, but you CAN do it if you work!” That was the confirmation I had been looking for! A cheerleader who believed!

It had never been done before. In all the Olympiads, all the Grecian games, as long had man had been running. In 1954, no one had ever run the mile in less than four minutes. The conventional wisdom of the time was that the human body couldn’t do it. It wasn’t possible. The human lungs could not supply enough oxygen to the muscles, blah, blah, blah. It couldn’t be done. Until Roger Bannister changed all that on May 6, 1954. For the first time in human history, man ran a sub four-minute mile. Here’s the amazing part…his record only stood for 46 days! Never been done, ever, 46 days later two other people did it! Thousands have done it since. Today, high school students do it.