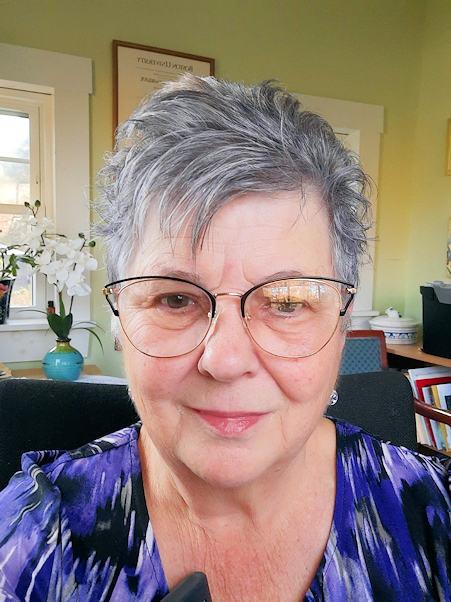 I never expected that I would have concerns about my brain. Certainly, I had concerns about other aging parts of my physical being, but not so much my brain. However, in June of 2013, on my way to an early morning business meeting where I was headed for a marketing meeting for my new retirement venture, my life changed abruptly.

As I turned left, I was struck, T-boned, and thrown into another car. I never saw the car that hit me, and I didn’t know about the other car for a good hour or so afterwards. I remember being airborne and then being totally disoriented to the point where I was unable to find my license or anything the officer was requesting. As a fireman was “checking me out,” he said I didn’t need to go to the hospital. My friend arrived (she was a paralegal), and I confusedly asked her what I should do and she said to sign the paper to not go to the hospital. At this point, I got out of my car in the pouring rain and she stated, “See, it’s just your bumper.”  I was stunned, as I was not hit on that side of the car. The other side of my car was totaled.

What ensued over the next days, months, years are too many challenges to recount. From severe light sensitivity, confusion, exhaustion, and legal challenges and a disposition, life was no longer one where I felt I had much control. Even with a very competent neurologist and neuropsychologist, and a diagnosis of a traumatic brain injury, the legal battle was heartless.

So, my future retirement project did not proceed. I had hearing loss and severe tinnitus. I had trained in January 2013 to do private practice divorce mediation, but this incident wiped my “mother board” clean. Fortunately, due to over 30 years of my work as a clinical social worker, I was able to eventually return to this work that was so familiar to me and a large part of my identity.

I have faith as a Christian, and I have had much support from my husband and son and my church community—the power of prayer to have joy in the midst of crisis.

The next event that impacted my brain was misdiagnosed for 3 to 4 years where my symptoms worsened in the areas of balance, voice, and even more severe tinnitus. My sleep was very disturbed from a screeching in my left ear. Finally, in September of 2020, the ENT who was working with me over those years ordered an MRI. I was never called back by her, a physician assistant. After 6 days, I obtained a copy of the MRI report. As I read it, I knew things were not right. As I researched the measurements and names of what was found, I called the ordering PA and never heard back. Fortunately, a few days later I had a routine PCP appointment and I called prior asking that she review my report for our visit.  It was she who confirmed the report with me, which indicated that I had a meningioma, a type of brain tumor. I remember leaving that appointment feeling stunned and numb.

When I arrived home and told my husband, he too was stunned. The next morning, I began to research neurosurgeons at Brigham and Women Hospital who specialized in this type of tumor. I contacted Dr. Omar Arnauot’s office and had a consult with him in a week. We decided to move forward with the surgery, and 2 weeks later on October 7, 2020, he performed a resection of a complex posterior petrosal meningioma that was non-cancerous. I awoke the next morning and I knew I was better, more than better. We headed back to Maine at 1pm the following day where we enjoyed the support of Androscoggin Home Health Staff as well as many blessings from our friends.

This experience has built my faith further and I have been a positive example to my clients and friends. I never expected any of this, as life sometimes shows us. I am very grateful for my recovery and the support of BIAA-ME.