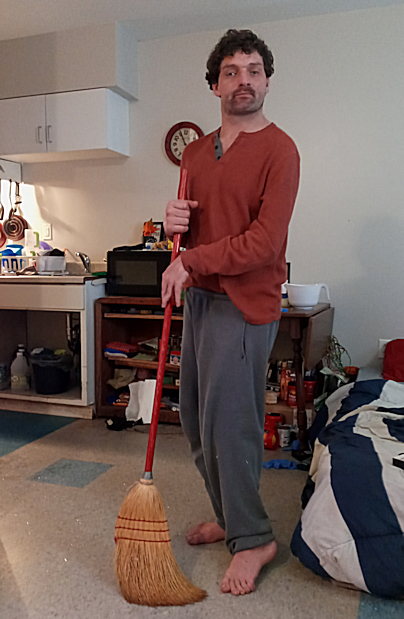 You Don’t Need a Hero, You ARE the Hero

My first accident was in 1996 when I was 9. I got home from school and was riding my bike to a friend’s house when I got hit by a car on route 94. I don’t remember who called EMT/EMS but was told that I was taken by ambulance to Eastern Maine Medical center, since I was in critical condition. What was puzzling to hear was that 5 cars drove by before someone responded. When I arrived to the hospital, I was diagnosed with a TBI, had broken my leg in 3 different places and injured the right side of my brain in the frontal lobe, which controls my motor skills. To make things even more difficult, I was in a coma for 132 days and when I came to, my equilibrium was way off.

At first, I felt like a science experiment. Doctors and nurses would come in and out constantly and tell me what I could and couldn’t do, which was not the way I work. When I left the hospital, the first thing I wanted to do was sit around the fire pit and try to find the pieces of myself again. I was noticing changes in my body that I didn’t understand like muscle spasms, tone tightness, issues with my speech and most importantly, my balance. To me this was unacceptable. I was ready to get back on that horse, which to me was my bike.

For me, therapy began at home. I would walk from the wall to my couch and try to maintain my standing balance for as long as I could. I learned how to fall through a rolling technique and keeping my arms in by my head so I could shield myself from injury. At the beginning, the padded floor was my best friend because I was on the floor a LOT. With that said, it was fun to learn these new skills and I was comforted, knowing that the floor always had my back. That stability kept me going, plus I love a good challenge. After a few months I was walking up and down the ramp, using the wall to stabilize myself and eventually could walk with minimal assistance.

The next challenge was walking up and down hills and on uneven surfaces, to maintain my speed and balance. Once I mastered that skill, I was ready to start biking again. I moved to my dad’s and I’ll tell you what, the saying ‘it’s like riding a bike, you never really forget’ is totally true. Initially, my dad would run by my side as I rode, holding the handlebars. Eventually, he would let go and run alongside me so I could work with the momentum on the bike to stay upright. Instead of fighting my balance, I worked with it by keeping my posture upright and stretching my arms to give me more control on rugged surfaces.

At the same time, I was also working on my communication with a speech therapist. We worked on breathing strategies, enunciation/pronunciation and projection when I spoke. One of the biggest struggles I noticed when working on my speech was saliva control. Who would’ve guessed that my salivary glands were affected by my TBI?! It was hard enough to remember how to balance myself when walking, engage my cognitive skills, tone tightness and other basic motor functions without even thinking about my spit. It was frustrating to try to have a conversation with someone and to have to remind myself to swallow. I would be talking with friends and family and it was like an unwanted shower. What the heck?!

If it wasn’t for my therapist and father hounding me about communication skills, I’d be worse off than I am now. I remember my dad singing songs in the morning whilst making Bisquick pancakes. ‘Brandon diddily d, what do you do when you’re Brandon and you don’t wanna be.’ Just hearing those words in the morning gave me all the encouragement I needed to not be afraid to share myself with the world. He taught me to learn my own way of doing things. Anywhere from brushing my teeth, to feeding my dog. He always said “don’t care what anyone says because it’s your life and you have to be responsible for yourself and your progress.” To this day, those words stick with me.

As the years went by my living situation changed multiple times but wherever I was, I always rode my bike. During my time with my grandmother I was working at a farm, doing some maintenance and would ride back and forth from home, since it was just down the road in Garland. One afternoon, I was heading home after a long day and felt really fatigued. I ignored the signs and kept going because I was excited to get back and hangout with family. At 50mph I hit a deep pothole and ended up in a coma on Campbell Rd. I was life flighted to Mayo Regional hospital in Dover where I recovered from my injuries. Once healed I moved around again and began hanging out with my friend Randy more. It was nice having someone who knew me before my most recent accident because he was familiar with my lifestyle. From then on, it’s been mostly us navigating the world and even though I don’t really ride as much, I will always remember the feeling the cool air through my hair.

I’ve had accidents and injuries since then, but it’s never stopped me from riding. I like to see myself as a role model for people who experience challenges throughout their life, and I try to inspire those around me with my ambition and motivation. My message to you…Don’t be a bystander. If you see someone hurt on the side of the road, be the leader and ask if they need help. Be your own hero.