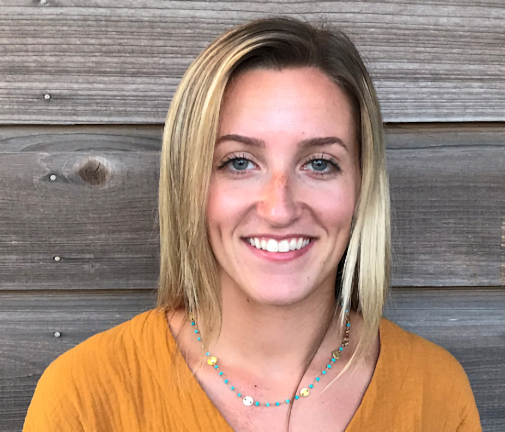 As a brain injury survivor, the road to recovery can be tedious and there may not come a date and time when life returns to normal. The invisibility of the symptoms can feel lonely and extremely personal, like no one around understands exactly what you are fighting. Initially after my injury I did not want to talk about it, but I realized over time these injuries were more common than I thought, and many individuals have stories similar to my own. In addition to survivors, there is an extended network of family members, friends, and coworkers who know someone that has overcome a brain injury. For the extended community who may be touched indirectly by a brain injury, it is important to have resources and information to help bring awareness and understanding, and the stories of survivors can serve as a critical tool to help educate one another and create a community of advocates to support individuals suffering with a brain injury.

In 2016, I entered my sophomore year of high school as an outstanding student with a positive attitude about life. An active member outside of the classroom, playing three seasons of sports, my injury was sustained in a basketball game. Through no fault of any players, I was hit in the temple by a close-range chest pass. Never losing consciousness, but with extreme confusion and dizziness, I was taken to the emergency room for further evaluation. Ultimately diagnosed with a severe concussion and whiplash, I was sent home to begin the recovery process. I followed protocol, no electronics, the majority of my days spent sleeping. I had normal concussion symptoms, and once they had subsided to a manageable level I returned to school, keeping up with work as best I could. Doctors continued to tell me that, at my progression rate, I would be back to feeling normal in a matter of weeks.

Unfortunately, my recovery came to a halt. Symptoms of severe headaches, fatigue, inability to focus, sensitivity to light, and sound continued to taunt me, and it was determined I was suffering from Prolonged Post Concussive Syndrome (PCS). There was no longer a time frame of when I should expect to be “back to normal” and when I would physically feel better could not be determined. The extended symptoms lasted over two years and the intensity of PCS affected me daily. I did not realize until much later that during this time I was suffering from additional symptoms that I could not identify myself but that those around me were aware of.

Friends and family noticed there were drastic changes in my general behavior and attitude. My entire personality changed, and I was no longer happy and outgoing. I was easily irritable and often had emotions of extreme sadness, anger, lack of confidence, and often an attitude of defiance. A loss of appetite was noticeably apparent in my extreme decrease in weight. I pushed aside any conversations about the accident and any help that was offered. In all honesty, I treated those who were trying to help me terribly. My support network, many of whom had no previous experience or knowledge when it came to dealing with brain injuries, educated themselves, in order to understand what I was going through and support me as best they could. To my benefit, they realized this was not who I was and that it was in fact part of me being sick. They did not give up on me and forgave me for my harsh words. They sat by my side when I did not feel good and listened when I needed someone to talk to. Ultimately, they led the way to my recovery. I am eternally thankful for all of their support, and it has taken time and effort for me to forgive myself for how poorly I treated those that I love during my illness.

The love and support I received encourages me to share my story with others. I often meet other brain injury survivors, and I can empathize with them. Also, to those friends and family members who know someone suffering from a brain injury, I can truly say that your support is essential, even if it feels unnoticed or underappreciated.