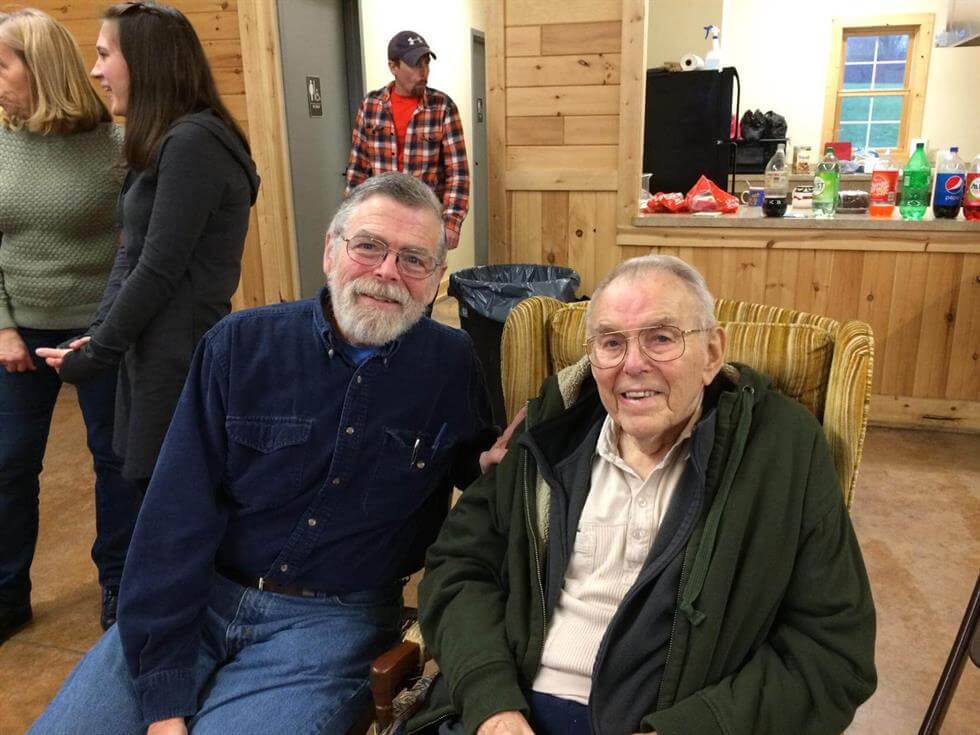 My father, Arthur Fraser, struggled with aphasia for two years before he passed away at the age of 90. For him, it was an almost cruel joke because he loved to talk, and he loved to listen, which always led to more talking.

Pa was a professional trainer for the marketing department at Eastman Kodak Company when it was at the very top of its game in the photo and chemical industries. His vocation was to teach, to talk, to learn and understand how people operated so he could teach people to sell. Even after he retired, he carried his craft of learning about people; his inquisitiveness, right up until he took his last breath. He always wanted to know more and he wasn’t afraid to ask in a thoughtful, caring way.

He was the father of seven, the father-in-law of 8, the grandfather of 27 and the great grandfather of- oh, too many to count. This meant that he always had a hunger to learn as much about everyone that he could.

His wife of 60 years, my mother, passed away 6 years prior to his death. He was incredibly lonely even though he was surrounded by his big clan, and this is ultimately what led to his decline in health, his aphasia, and his eventual death. Pa wasn’t at all suicidal, but he realized that he had lived a good life and was anxious to join our mother in Heaven, so he just stopped taking his medications one day without bothering to tell anyone. We really don’t think that he wanted to die, but he certainly didn’t want to prolong his life, hence his decision. Within a couple of days, he had suffered a stroke. It wasn’t the kind of stroke that impacted his arms and legs, but it immediately robbed him of his voice – aphasia.

His mind was almost as sharp as it always had been, but he just couldn’t connect what he was thinking to what he wanted to say. He might think that he wanted to go for a walk, but it came out that he wanted scrambled eggs. For a man who was proud of his ability to communicate, this became a huge source of frustration, embarrassment and impatience for him. He tried and tried to communicate, but the more that it came out as scrambled eggs, the more frustrated and downright angry he became. His anger was at himself, but unfortunately people around him took the brunt of his frustration. He was desperate to talk and to be understood, yet his tongue was betraying him.

My 6 siblings all stepped to the plate to do whatever they could to assist and console him, but that only frustrated him even more. I was the son from away, and I worked with individuals with disabilities, so he slowly allowed me to approach him. At this same time, he was struggling a bit with incontinence issues, so this too was frustrating and embarrassing. For some reason, because I worked with people with disabilities, he allowed me to assist him. This was the first step in allowing him to accept his new reality. With me, he could go out on rides and he somehow knew that he was safe if he had an accident. We logged hundreds of miles of just driving and me doing most of the talking. Ironically, as he started to relax a bit, the issues of incontinence all but disappeared for him.And, over the many miles, we started to learn new ways of communicating. He would gesture and tap on the window to point something out and then we would do a mini-charade type of process to pound out what he was trying to share. Again, as he started to relax and accept this “new” him, he truly was able to carry on a different kind of conversation. It helped that I knew him pretty well and I knew a lot of his history, so touring around triggered a lot of reminiscing for the both of us. If the conversation wasn’t going as hoped, he’d start to get flustered and all I’d have to do is put my hand on his shoulder or thigh and he’d start to settle down and become at peace with himself.

During this time, I was researching aphasia and trying to understand it myself. Because I knew that Pa’s brain was still quite sharp, I shared with him what was happening and why he couldn’t communicate like he used to. Again, this gave him some reassurance that he hadn’t lost his mind and it allowed him that one tiny step closer to accepting himself for who he was.

As the year progressed and he became more relaxed and accepting of himself, some of his words started to come back. He couldn’t link them together, but he could remember an occasional name, and when he spoke it and was correct. This made him very happy. When he’d see his adult children, the natural inquisitor in him would come out and start asking about their children. This was a clue for me and my siblings to answer questions about the one child, but then just as easily just segue into what was new for all of the family. This seemed to satisfy his need to stay up to date on all of his loved ones, and again, he was more peaceful

A year and a half ago, he passed away surrounded by all of his kids, grandkids and great grand-kids. He had continued to decline physically and now was at a point where he could join our mother. With little exceptions, he still struggled with aphasia right up until his passing, but somehow he had learned to reinvent his communication style through pointing, gesturing, smiling and sometimes frowning. One of the ironies of it all is when his kids get together; all of us can hear his voice just as plain as can be.