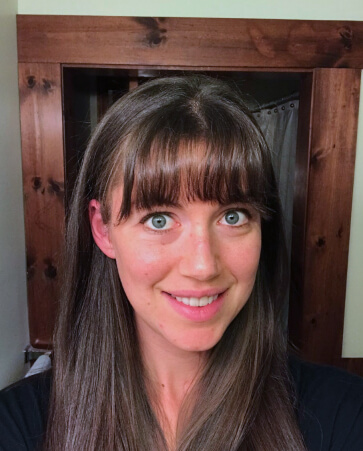 At 21 years old, I was enjoying the adventure of experiencing life in completely new environments. I was drawn to living in places, both nationally and internationally, where I knew not a soul. After an inspired time volunteering at an orphanage in Costa Rica, I moved from Boulder, CO, to a town unknown to me in southern New Mexico, driven by a new resolve to start nursing school. But after my first semester of nursing school, an unexpected adventure of sorts came hurling down my path.

It’s amazing how one wrong turn, one slip up, one thoughtless moment can impact the rest of our lives so profoundly. My moment happened the night of May 28, 2008. At 6’1”, I had never been the epitome of grace. Pair that with a double ear infection and I was a walking hazard. Then add a moving skateboard under my feet and no helmet on my head, and one might see that almost as a suicidal tendency!

My friend, an EMT, was teaching me how to skateboard. Although my ear infection was letting up a bit, admittedly this was not the most opportune time to learn to skateboard. He held onto my arm as I rolled down the gentle slope of a paved path in a community park. But he couldn’t sustain his grip when my speed increased, and a few feet after he let go, the board slipped from under my feet and I swan dove backward, head first, into the pavement.

My friend later tells me within 30 seconds I was unconscious, did not respond to a sternal rub, and my pupils were blown. I had fractured my skull so badly that it ruptured an artery in the right side of my brain, resulting not only in an epidural hematoma, but a coup-contrecoup (or brain ricochet) so severe that it tore parts of my brainstem.

Within minutes I was airlifted to the closest trauma hospital in El Paso, TX, in the quickest time the helicopter had ever made. The brain surgeon on call in the wee hours of that morning, Dr. Daniel Lacerte (who oddly enough has transferred his practice to Lewiston, ME since then), was the best of the best – and despite the CT scan of my brain leading him to believe that I had no chance of living, he swiftly performed a craniotomy to relieve the bleeding and placed a screw in my skull to monitor my brain pressure. I had a 10% chance of surviving, and of that 10%, I had a 10% (so overall 1%) chance that I would actually recover to any degree.

I was in a coma for the next 3 weeks. I was initially put on a ventilator until I developed pneumonia, then a trach was inserted. My family came down from Colorado within minutes of receiving the call from the police, and after a 10-day stint in the ICU, they brought me, still comatose, to a rehab hospital in Colorado. I woke up very slowly, unable to move or talk. My brain was there but my body would not respond. I remember so clearly tracing the slow movement of my neurocircuitry as I instructed my finger to move – I would stare at my finger and wait what seemed like an eternity before it meekly obliged.

It was only through the painful yet effective 5 weeks of inpatient physical, occupational, and speech therapy for 3 hours total each day that I was able to relearn to talk, sit up, and eventually walk again. During this time, various family members and friends were always with me, celebrating my every bit of progress, from mouthing ‘hello’ before I could speak again, to walking down the hospital corridor strapped to a walking harness.

After 7 weeks of being inpatient, I was discharged from the hospital. I then attended 6 months of continued rehab, all outpatient. Much to my chagrin, I had to take a semester off from nursing school to allow for this.

After completing rehab, I moved back down to New Mexico and completed my bachelor’s degree in nursing. There were endless adaptations and adjustments required, but with a little creativity and systems-building, it was doable. I have since gone back for my master’s, and I now work at Family Circles Healthcare – a family practice in Hartland, ME – as a family nurse practitioner.

While that one slip has profoundly challenged me in all facets of life and continues to, it also made me keenly aware of the infinite capabilities present in the human spirit, when offered hope and opportunity. Amidst the helplessness, fear, and powerlessness inherent in that fragile and bleak state, hope and faith brought courage and resilience.

Beyond the extraordinary adaptability of the human brain and the physical body, our spirit is capable of so much more than we realize. So here’s my biggest takeaway: NEVER lose hope. “Dum spiro spero” – while I breathe, I hope. And if you feel like all hope is lost, please know that I will never lose hope in you.