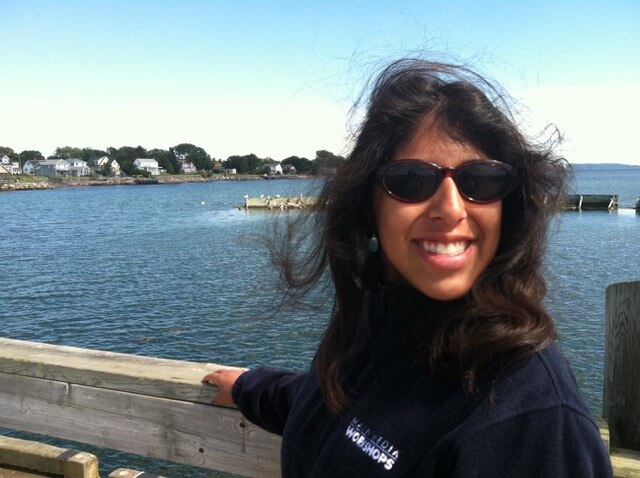 In 2005, Eliza Edmunds at 13 was a normal seventh-grader playing soccer, riding horses in the county fair, playing guitar, and of course beginning to think about boys with her girlfriends. She went to a small school in Tucson, Arizona, and loved hiking in the mountain ranges that surrounded this historic city in the heart of the Sonoran desert in southern Arizona.

That summer she traveled to England and France with her Mom, her aunt – her Mom’s twin sister – and her cousin, Gabriel, as a special trip to visit cousins and to celebrate Gabe’s graduation from high school.

One night after dinner, she fell off her chair and said, “I can’t move my leg.” It was her left leg. Her mom was sure it was simply asleep. She also had fallen while running that day so we thought maybe it was a pinched nerve. After trying to help walk without success, she was taken to the nearest Emergency room, a community hospital outside Paris. The doctor examined her, took an x-ray and said he could see nothing wrong. After a couple of hours, the leg resolved and she was discharged.

A couple of weeks later, back in the U.S. visiting her grandmother in Baltimore, she woke up one morning and called to her Mom, “It’s happening again, Mom, it’s the right leg this time, it won’t move.”

Off to the ER and once again, she was examined and x-rayed, and nothing looked abnormal. The ER doctor determined it was ‘”just teenage behavior, you know they make up things. She’s fine.”

We returned to Tucson, found a pediatric neurologist, John Gray, who ordered the first MRI. Again, he said it showed nothing unusual. He would come to regret this early assessment.

Eliza started 8th grade and turned 14. She was excited and loving her classes. Within a month the calls would come home that Eliza had fallen off her chair, or complained that one leg was weak and then another. Many times her Mom had to come to school to pick her up.Eliza would simply say, “my leg is tingly, it feels funny.”Dr. Gray still denied there was a problem. Then the grades started to fall. She was a good B+/A- student and suddenly she was coming home with 40s. When asked what was wrong, she said she didn’t know, “I just can’t remember.”

Her behavior started to change and she would sing in class. She began to perseverate about time. She was withdrawing and began to sleep more and more. Still the neurologist denied the problem as neurological, suggesting it was again “teenage behavior, or a psychological issue.”

Then, on November 2, she called me from school and said her eyes “suddenly went blurry” and when she came home, she pushed her face up to her computer and said “the picture is blurred. ” Dr. Gray said her eyes should be checked. We had them examined and they showed no abnormality. He insisted it was a psychological issue and said we should see him again in a month. It was now almost December, and it began in August.

Eliza saw a psychologist who knows her well, Dr. Lynne Harrison, who said Eliza was somehow “different.” She believed it was not at all psychiatric but in fact could be a neuro-degenerative disease and we should get her into the hospital.

We saw an optometrist who found nothing wrong in the eyes, but Eliza was no longer able to see anything except within an inch away. He called it a mystery, too. Then we saw an ophthalmologist, who suggested it might be “attention getting blindness.”

Eliza was checked into the hospital for further tests. She could no longer go to school because she couldn’t read or see the board.She had all the tests: LP, EEG,

and a CT-scan ,which showed significant ‘abnormalities’ in temporal lobes, occipital and parietal areas. They were thought to be calcifications of old infections and she was discharged.

She got worse and was throwing up with no cause (that we could see) so our pediatrician says let’s try one more time in the hospital – the University Medical Center in Tucson. Eliza had a full set of braces on and one doctor says perhaps they should come off. I had them taken off immediately, an MRI was done that night and bingo – the exact areas where she was affected – vision, memory, and mobility – displayed inflammation in the occipital, temporal lobes and parietal area.

Immediately she was transferred to the Barrow Neurological Institute in Phoenix where at least eight neurologists took an interest in her case. But the chief of pediatric neurosurgery, Dr Harold Rekate, had another MRI done and told us he saw seven areas of lesions. He expressed horror and said he wanted to do an open craniotomy that night, as he was afraid it was encephalitis, and he thought she was in real danger of “going down,” losing her brain to an infection altogether.

Earlier in the day when he met Eliza she charmed him by singing”Greensleeves” in Spanish and English. (Christmas was a week away).She was still seeing a little, and she still had a vibrant personality. After 5-hours in surgery, she was in the ICU for a week and didn’t wake up for three days.

Nothing definitive came out of the cranial biopsy except that she had been afflicted by an inflammation in multiple areas of the brain, assumed to have been initiated by an unknown virus.

Dr. Rekate’s analysis after surgery was that there WAS hope she would make it, but “she would never be the same.” This phrase sunk like a stone on all who knew and loved her.

Eliza was put on heavy steroids and antiviral medicines, continued to have endless MRIs, EEGs, LPs , and plasmapheresis to determine the origins. It took another month to diagnose, and even then it changed, going from granulomatous angitis to ultimately what’s called Small Vessel CNS vasculitis, a rare occurrence in children.

After six weeks, one third of that in the ICU, Eliza was discharged and we returned to Tucson. Within another month or two, she had gone completely blind, and her cognitive state was very poor with perseveration, lack of orientation and general fatigue.

Exactly six months after leaving the hospital, she had a grand mal seizure that could not be stopped and she was aerovaced back up to Phoenix where she was intubated and in an induced coma for several days. The inflammation had returned. At this point, after much conferencing, it was decided to put her on Cytoxan, a form of chemotherapy as an immune suppressant. She had infusions monthly for six months

And was put on heavy anti-seizure meds as well. I took her east to have Johns Hopkins look at her slides in their rare neuro-immunological unit and they determined that it was a rare vasculitis.Eliza continued on an oral chemo for another year.

And after a brief time at Arizona’s School for the Deaf and Blind I was able to get her into The Perkins School for the Blind outside of Boston in Watertown, Massachusetts. This was in September 2007 and we moved to Maine, where I got a job in teaching, and where she could recover in a school that was equipped to support visually impaired students with multiple disabilities. Eliza’s challenges were cognitive, loss of short-term memory, and slow processing.

It has been a hard adjustment, but Eliza has come a very long way. She graduated from Perkins in 2013 with a High School certificate, has learned the software JAWS on the computer as her reading method, and has taken up the guitar again, and therapeutic horseback riding. Eliza also paints and while at Perkins her artwork was included in the Boston Museum of Fine Art’s exhibit of Perkins’ student work.

She was an extraordinary painter before she got sick. Her work has been shown in a little gallery in Camden.

She was in Bangor for the first two and a half years after Perkins, and now resides in Portland. She is about to start volunteering, and is eager to find work she says.