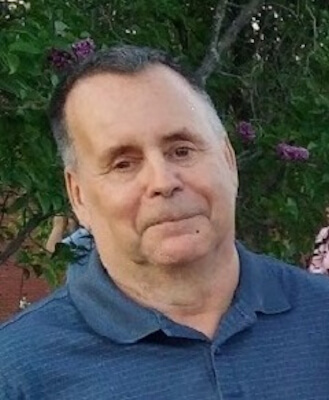 On June 29, 2012, I was home alone relaxing and watching TV when I felt a small pop followed a sudden rush of heat on the back side of my head, but I do not recall feeling any pain. I sat up in bed and I immediately felt the right side of my face getting numb and very tingly. My vision was becoming blurry, I felt dizzy, and I started feeling nauseous. Sensing that I was going to vomit, I tried to stand up so I could go to the bathroom, but I was unable to maintain my balance and I fell back down on the bed.

I do remember thinking “I’m having a stroke.” I instantly became exhausted and just wanted to lie there and go to sleep. I sensed that I was going to pass out. I was aware that time is of the essence, so I decided I needed to call 911 before possibly losing consciousness. I informed the 911 operator that I was having a stroke and needed an ambulance. I was instructed to secure any pets in a room and to make sure the entrance door was not locked. I could tell that my speech was becoming slurred and I could feel the skin on the right side of my face getting really tight due to the drooping.

I struggled with severe vertigo while trying to follow the operator’s instructions. Right after I pressed the button on the garage door opener, I, again, felt like I was going to pass out and I ended up lying down on my back on the living room sofa. My heart was pounding extremely hard and felt like it was going to come out of my chest completely. I knew I was about to die and I was surprisingly at peace with that. I asked God to take care of my wife and family. I could tell that I was going to vomit. I do recall thinking how people have been known to choke to death from their own vomit, so I purposely rolled myself off the sofa onto the floor and turned onto my side just in time.

I remember hearing the sound of a siren from a distance and believed I would be dead by the time the ambulance arrived. The EMTs immediately determined that I was in fact having a stroke and rushed me to the ER at The Aroostook Medical Center (TAMC). A CT scan was done in order to determine the type of stroke I was having – hemorrhagic or ischemic. Once it was determined it was a hemorrhagic stroke, the doctor was concerned that emergency surgery may become necessary to relieve the pressure on the brain so the decision was made to Life-Flight me to Eastern Maine Medical Center (EMMC) where there was a neurosurgeon on staff to perform the surgery should it become necessary.

It was comforting to know that my wife, Karen, was also on the plane with me. I did convince myself during the flight that I wouldn’t live to see the plane land and asked God in silence to protect my wife, the pilot and the two EMTs who were tending to me. Although I did survive the flight, I do not recall many details regarding the transition from the plane to EMMC. Being that it was the beginning of a weekend, the rehab unit at EMMC was minimally staffed and, after it was decided emergency surgery would not be necessary, very little was accomplished towards my treatment during the weekend.

I do recall setting off the bed alarm several times throughout the weekend because I apparently was somewhat restless and disoriented. I was unable to close my right eyelid without manipulation nor was I able to move the eye itself to the right past the midpoint. Being so far from home, my two children, and four grandchildren, along with Karen not being able to return to work, was going to be stressful and frustrating for all of us. We spoke with the neurosurgeon at EMMC about our concerns. He informed us that there was an acute rehab unit at TAMC so we immediately requested that I be transferred to Presque Isle. Our request was approved and I was transferred to TAMC.

Early the next morning, I was greeted by occupational and physical therapists. I do remember thinking I was in trouble and that maybe coming to Presque Isle might have been a mistake because the therapists looked like a “bunch of kids” and there was no way they would know what they were doing. My skepticism worsened after two of the therapists informed me the undamaged portion of my brain could be trained to do what the damaged portion of my brain used to do and would relearn how to walk. I remember thinking (not sure if in silence to myself or out loud) that they probably “had a bridge to sell me,” too! I just knew I would be confined to a wheelchair for the rest of my life and no “kids” who were still wet behind the ears were going to convince me any different.

It only took a couple of days with those “kids” for them to prove me wrong. Not only did they know what they were doing, but they truly cared and did not have that “it’s just a job” attitude. On my first or second day I was asked to set goals for myself. The main goal I came up with was that I wanted to walk out of the hospital on my own. Reaching this goal was going to be a real challenge because I could not even sit up without falling backwards (due to nearly total lack of equilibrium) never mind standing up or walking.

My future was pretty bleak, especially after I was informed I probably would not survive the first thirty days. Right after I was told about the slim chance of survival, I made a promise to myself that, for Karen’s sake and that of my family, I was “not going down without a fight!” However, when I prepared myself to go to sleep each night, I did so with the mindset that I would not be waking up the next morning.

The OT and PT was intensive and exhausting. When the speech therapist returned from vacation the following Monday, he went right to work with the same dedication and caring manner as all the other individuals on my care team. The speech therapist worked diligently for weeks on correcting the drooping side of my face with the use of somewhat painful electronic stimulation, which was extremely successful.

The exhausting 3-hour per day therapy sessions with the therapists did not end after they were done for the day. I spent several hours each day using my personal laptop computer to play finger dexterity (i.e. word twist), brain challenging (i.e. bejeweled), and vision training (i.e. eye-can-train) games. I also played a lot of online jigsaw puzzles during which I would intentionally face straight-ahead and try following the mouse on the screen using only eye movements. Eventually, I was able to move my right eye to the right past midpoint plus I was able to blink normally again.

When I was not playing games on the computer, I frequently wheeled myself to the dining room that had a Wii console in it. Initially, I would play games while still sitting in the wheelchair. After a few days of playing from the chair, I would set up my walker in front of the TV for support and play golf, bowling, and balance challenging games without any therapists in the room. PT also incorporated the Wii Fit into their therapy plan and I began using a piece of equipment called a Lite-gait, which enabled me to practice walking without fear of falling.

One of the PTs had a student, Travis, who was job shadowing her. A few days after Travis became a member of my care team, I learned that he was required to do a case study on a patient in order to graduate and he asked if I was willing to be that patient to which I immediately agreed. The only drawback I could see was that Travis was way too serious and he would need to relax somewhat (okay, a whole lot) if he and I were going to get along well enough to work together. I began playing practical jokes on Travis during sessions and he eventually did relax and it was great to see and hear him laugh. However, he did not let this new disposition diminish his unrelenting dedication, which went a long way towards my recovery.

It was disappointing when I had to stay in the acute rehab unit longer than expected. Plus, it was very frustrating in knowing that my house was only eight miles from the hospital, but yet so far away. However, I did get discharged at the end of the fourth week and I did get to walk out of the hospital on my own with the use of a walker!

Therapy continued an outpatient basis for several more weeks, plus I spent countless hours doing whatever therapy I was able to do on my own at home, sometimes with assistance from my precious grandchildren. The Wii Fit became a big part of my home therapy.

I was finally able to regain my driving privileges six months after the stroke which meant I was also getting back some of my independence. During that six-month period, I had made a promise to myself and to God that, if I did survive, I wanted to use my experience to “pay-it-forward.” I wanted to help others who were going through similar trauma and trials in their lives as I had. I wanted those people to see for themselves firsthand that they must not give up and to give it their all. I also wanted everyone who had been involved in my recovery to see what had come because of their hard work, dedication, and care.

I signed up as a volunteer at TAMC to come in and visit with patients in the rehab unit. Soon after, I was told by one of the administrators that TAMC was implementing a “Sitter” program which entailed similar tasks I would be doing as a volunteer, but the Sitter position was a paid position as an employee. I applied for the position and was hired. As a Sitter, I have had many opportunities to communicate with, and relate to, patients from their perspective because with a lot of them I have been where they are, and they get to see that things do get better. The job has been very therapeutic, fulfilling and rewarding for me. I have also had a few opportunities to “witness” to some of the patients regardless of their religious affiliation, active or non-active status. It feels great knowing that I may have made a difference someone’s life in a positive way. I still get excited whenever I happen to see anyone who was involved in my care and whenever I hear from Travis via emails.