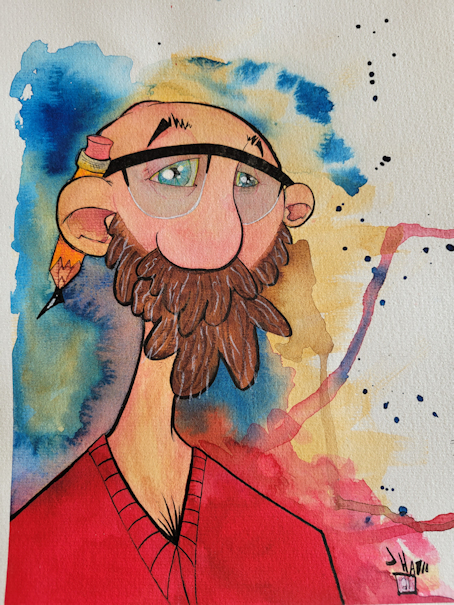 It’s All About Perspective.

How we see the world is a direct link to our own experiences. That’s one of the things that sets each individual apart from one another. We have all walked a different path than anyone else. Our beliefs and perceptions of the world around us are constantly shifting, expanding our knowledge of what our truth is. On any given day we are faced with decisions. Some are simple, like should I have fruit with my coffee, or opt instead for the freshly baked creme filled pastry? And some of the decisions are life-altering. How we make our decisions are based on how we feel at the moment, what may be influencing us, and the combined knowledge we have gathered over the course of our lives. No matter what choices we face, we do what we feel is right, based on that accumulated knowledge.

I used to look at people and judge them by what I saw and heard from them. I always tried to empathize with them, knowing there was something, unknown to me, that was the creation of the scene before me. But there are so many people around us that look and act normal, at least from our perspective, that we don’t realize that they are struggling to hold it together. Everyone handles life’s problems differently, and that helps shape the way we grow as a person.

It reminds me of a story I was told when I was going through my divorce; there are many versions, but the moral is always the same. This is the version that was told to me. It’s the story of the egg, carrot, and coffee beans. There was a grandmother in the kitchen preparing the evening’s dinner. Her granddaughter came over, crying about her marriage troubles, and wanting advice. The grandmother told her, “the problems already exist, and no matter what you do, they will never go away. All that matters is how you handle them.”

She could see that this did nothing to gratify her, so she gathered up three items and placed them on the counter. One was an egg, then a carrot, and finally some coffee beans. She looked at her granddaughter and said, “you can choose to be like anyone of these three items.” Then without saying a word, she picked them up and placed them in a pot of boiling water, and when they were in there for a sufficient amount of time, fished them out. She picked up an item, “The egg, it started out hard on the outside, but was soft on the inside. After some time in the boiling water it changed and became hard throughout.” then she went to the carrot. “The carrot started out hard through and through, but the boiling water made it soft.” then she pointed to the coffee beans, “the boiling water didn’t change the coffee beans, but if you look in the pot, they changed the water.”

This story helped reshape how I wanted to be, how I wanted to face the world. It was from this point in time that I chose to adopt the philosophy of being a better man today than the one I was yesterday. I grew stronger as a person, more understanding, and more compassionate. I started to rebuild my new life around my new knowledge. Then four years ago, I had a work place accident, a concussion and whiplash. It completely turned my life on its ear, and I soon hit rock bottom.

I was forced to give up two very valued parts of my life: my privacy, and to a huge extent, my independence. My health went downhill fast, and I struggled with trying to understand what was happening. My body felt alien to me, the way I thought, felt, and reacted was altered. I didn’t know how to explain it, and I was scared. The people I thought I could count on let me down, or completely ignored me. I lost my ability to drive, to work, to properly support my children. I was scared and left alone to deal with it myself. I saw the worst in people and lost my way for some time while only choosing to see the negative, only choosing to believe the world was a cruel place. I had reached a point where I wanted to end it, but instead turned to Pinterest, of all places, for help. I went there looking for inspirational quotes. I found one that changed my life. “when you commit suicide, you don’t get rid of your pain. You leave it for the ones that love you.”

I have two boys that mean the world to me, and I couldn’t do that to them. So, from then on, I made a choice to keep living. It wasn’t easy, and my life was still falling down around me, but I changed the way I viewed my world. I picked myself up and kept trying to put my world back together. I have failed many times, but I have learned from my failures. I have faced all my fears, and came out the other side stronger. I decided that if my story was to be remembered, I want people not to remember me as a failure, but to remember me as a fighter. It took me a long time to perceive myself this way, but I do now, and I have so much to offer this world.