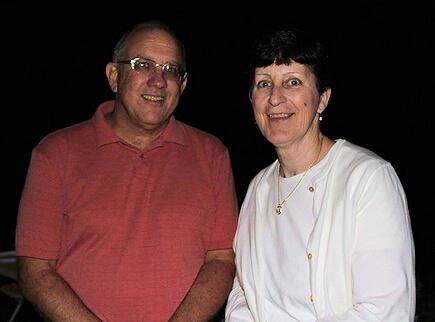 On Friday, September 13, 2002, Tina suffered a major stroke. It was a totally unexpected event, as she had no issues with cholesterol or blood pressure. She was 44 years old.

The local hospital did a quick intake and treatment, sending her by ambulance to Brigham and Women’s Hospital in Boston where clot removal surgery was to be performed. Were this to be successful, family was told a full recovery was possible Before the surgery was to begin, a CAT scan revealed that it was not a clot that brought on the stroke but a dissection of the carotid artery. Surgery was not an option and the best that could be done was to stabilize her condition. Personnel at Brigham and Women’s kept asking if she had been through some physically traumatic event such as a car accident or taking a roller coaster ride. To the best recollections of family, the answer was that no such thing had happened.

Having always been a regimented person, Tina earned early praise and experienced much success in physical and occupational therapy sessions to deal with right side paralysis. She was able to be very systematic and was released from inpatient rehab after about a month. She was greatly motivated to return home to be back with me, her husband, and our two sons.

The roller coaster ride was that though there were great highs from rehabilitation efforts and overcoming barriers, there were also the lows of not being able to communicate. The brain injury inflicted by the stroke affected the speech language center of the brain. The condition, known as aphasia, was something neither of us knew about prior to the stroke. It caused a profound sense of loneliness and ended her career as an educator.

Tina was proud of her career and truly loved the children she worked with, but she was always a person of many interests. Rehab allowed her to take on new hobbies such as painting and drawing classes, and doing a variety of sports that she hadn’t had much time for in her prior life. She was able to fill her time in ways that she found rewarding. She was able to drive after a couple years, and enjoyed taking the boys to activities, doing the shopping, and the many other aspects of being a mom.

It has been the aphasia that has been the biggest challenge to try and overcome. She has adopted many strategies that help mitigate it, but she misses out on many conversations and interactions. Most of the time it is very unintentional on the part of others, but that doesn’t make it any easier to accept.

In 2015, Tina visited a music therapist, Patricia Mulholland, to see if she could renew an old passion: singing. It was also hoped that this might help her speaking, which it has. Being around music and musical instruments in Patricia’s studio inspired Tina in an unexpected way. She began to play around on an inexpensive keyboard at home. She began putting some chords together, then a few more, and then a complete piece. Though she had played guitar, piano, harmonica, and French horn before, she had never tried to write her music before the stroke. This new way of reconnecting with musical performance has reunited her with one of her life’s greatest passions while also giving her a way of more detailed self expression that aphasia had so cruelly hijacked.

In 2017, Tina debuted Sonata for Piano: A Stroke Survivor’s Story in front of many aphasia-affected individuals and their families at the annual Andre R. Hemond Aphasia Retreat in Ocean Park, Maine. She continues to write music and, with Patricia, has added some new pieces into the sonata since its original performances in 2017.