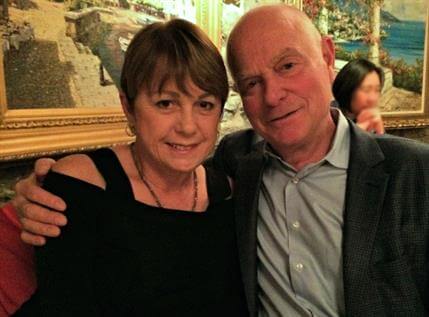 My name is David Krempels. I survived a severe traumatic brain injury from a motor-vehicle accident in 1992. That’s 27 years ago – half my adult life. I am honored to add my survivor story to those of many others here with the Brain Injury Association of America – Maine Chapter.

Bachelor’s degree, Political Science, University of New Hampshire, 1973. It was a time of defiance for authority and contempt of “the establishment”. I was one of those who rejected a nice white-collar job in an office and chose to work with my hands. I went to work as a carpenter for a residential building contractor, got pretty good, and after a few years struck out on my own. Together with a partner and a small crew I built three or four homes a year.

The highlight of my career was a home I built on Lake Pawtuckaway in NH, which won several design awards and was featured in House Beautiful and Architectural Record magazines.

I wasn’t great at close personal relationships, but finally fell in love and got married at the age of 42. On the second day of our honeymoon, we were driving on the Maine Turnpike. Traffic stopped for construction. A sixteen-wheeler behind us did not stop and crashed into us at full highway speed.

My wife, Ettamae, was killed.

If you got your news out of Portland in 1992, you might have seen the story: Honeymoon Bride Killed in Turnpike Crash. I was taken to Maine Med, Portland, fighting for my life. Level 4 Glasgow Coma Scale; trache, G-tube; spoke for the first time at four weeks. After seven weeks in acute care at Maine Med, I was transferred to the Hillhaven Head Injury Treatment Program in Dover, NH.

It was there that I began to understand what had happened: My wife had been killed. I had a serious brain injury. I couldn’t walk, swallow, or take care of myself. Something as simple as going to the bathroom meant: calling a nurse or aid; being pushed in wheelchair to the bathroom; transferred to toilet; call nurse/aid when I was finished; do the transfer and wheelchair routine in reverse.

Mealtime meant hanging a bag of formula on a stand on my bed and sticking the tube into a port in my stomach. I was never hungry, never full. Just always thirsty.

My two months there felt like a long prison sentence. I had no control of anything. I was angry all the time. Everyone was making me do stuff I didn’t want to do. For the first month, I fought back. When I finally realized that they were on my side a lot of good stuff happened fast.

I learned to swallow – thickened liquids and a ground diet. The first time in months I took anything by mouth. Yum!!! Within weeks, I transitioned from wheelchair to walker/assisted with gait belt; to walker un-assisted (going to the bathroom by myself!); to cane. And I got to make a lot of my own decisions.

I was excited to be discharged home. But a whole different hell waited for me there. The next 2-½ years were the hardest, loneliest, most desperate of my life.

I walked with a cane, rode the COAST bus, lived on food stamps, fuel assistance, and public assistance. I had no idea if I would ever work again. I was so lonely. I couldn’t imagine ever being happy again. I was desperately broke. On my very worst day, I had literally no money and no food. I kept going to the cupboard where the staples of my diet should have been – bread, crackers, peanut butter, cereal. Open the doors. Nothing there. Come back in a half hour – still nothing there.

After a trial lasting for most of the month of January 1995, a jury awarded me a lot of money.

First I paid off a mountain of debt.

Then I provided a comfortable life for myself and made significant gifts to family and friends who had stood by me.

Ten years later, I married the greatest wife in the history of the universe.

I also wanted to do something important. Some friends helped me start what has evolved into Krempels Center – a post-rehab community day program for people living with brain injury. In the beginning, I did everything and paid all the bills. We have grown beyond my wildest dreams, and far beyond my financial capacity.

Hardly any of our members can pay anywhere close to what it costs. But no one is refused because of inability to pay. My job now is promoting the Center and raising money so that we can continue to offer our amazing program to our amazing members.

Visitors often say: “The stories here are so grim that you would expect the members to be grim. But they’re not!”

One of our members put it this way:

You might think that a group of so many individuals with brain injuries would be depressing.

It’s not difficult to see that we struggle.But we are a joyous community of spirited, hopeful individuals. We’re broken people, fixing ourselves and each other. Broken cheerleaders healing other broken cheerleaders.

It’s the community I’m proudest to be a member of.

After I was home for about two years, when it started to become clear that the guy I was before the accident was not coming back, I had a choice to make – give up or keep going? I had an epiphany, which has become the unofficial motto of Krempels Center:

You’re not who you were.

Be who you are!

I wish you all the very best. Please visit us online. Or, better yet, come visit us in person!