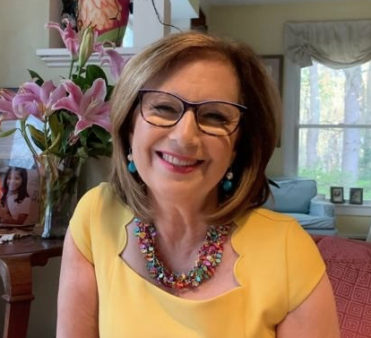 About a year and a half ago, in January 2019, I suffered a concussion, also known as a traumatic brain injury. It happened very fast. It was snowing outside and I had made it out of my slippery driveway, but needed to go back inside for something I had forgotten.

We had recently had a nice thaw, but it was cold again and patches of melted water had refrozen. The soft, gentle, light snow was covering a very sizable chunk of ice that had formed near my front porch. In one single swoop, my feet came out from underneath me, and I landed hard. Now here’s the scary part. It was the back of my head that broke my fall. It smashed not once, but popped up and smashed again, sending my body into a tailspin of whiplash and contortionist poses. And something happened I had never felt before. The gelatin like tissue that holds our brain smashed back and forth against the interior of my skull. It is in this process that our brain nerve cells are stretched and rendered non-functional, at least temporarily. Every single concussion is different, and most people will recover quickly – those brain cells have an amazing capacity to heal. But it can take a very long time.

In my case, by the next day I began suffering with unrelenting vertigo, nausea, pounding headaches, severe photophobia and hyperacusis – sensitivity to light and noise. I could not walk a straight line, and I needed to hold on to walls to walk around my house. I could not drive, cook, read, watch television, hold lengthy conversations, fold socks or sort the mail. And the never-ending pounding in my head was nearly unbearable.

After more than a year of intensive therapies and hard work, both physically and emotionally, I have come a long way. I can do some of those things, but many are still difficult. My friends and family encircled me with their love and support – driving me to all my appointments and generally believing in me, but my recovery has taken longer than any of us had hoped or expected.

In January 2020, almost exactly a year after my injury, I stepped down from my position as a news anchor with WGME 13, a position I held for 39 years. While my recovery was a very positive experience, I needed more time to continue healing. When I said farewell to my position on the anchor desk, I encouraged my audience to learn more about brain injuries and to be aware that they happen frequently and are often invisible.

A brain injury can happen to anyone at any time. Now, with every opportunity to tell my story, I’m continuing my efforts to raise awareness about the impact concussions and brain injuries can have.